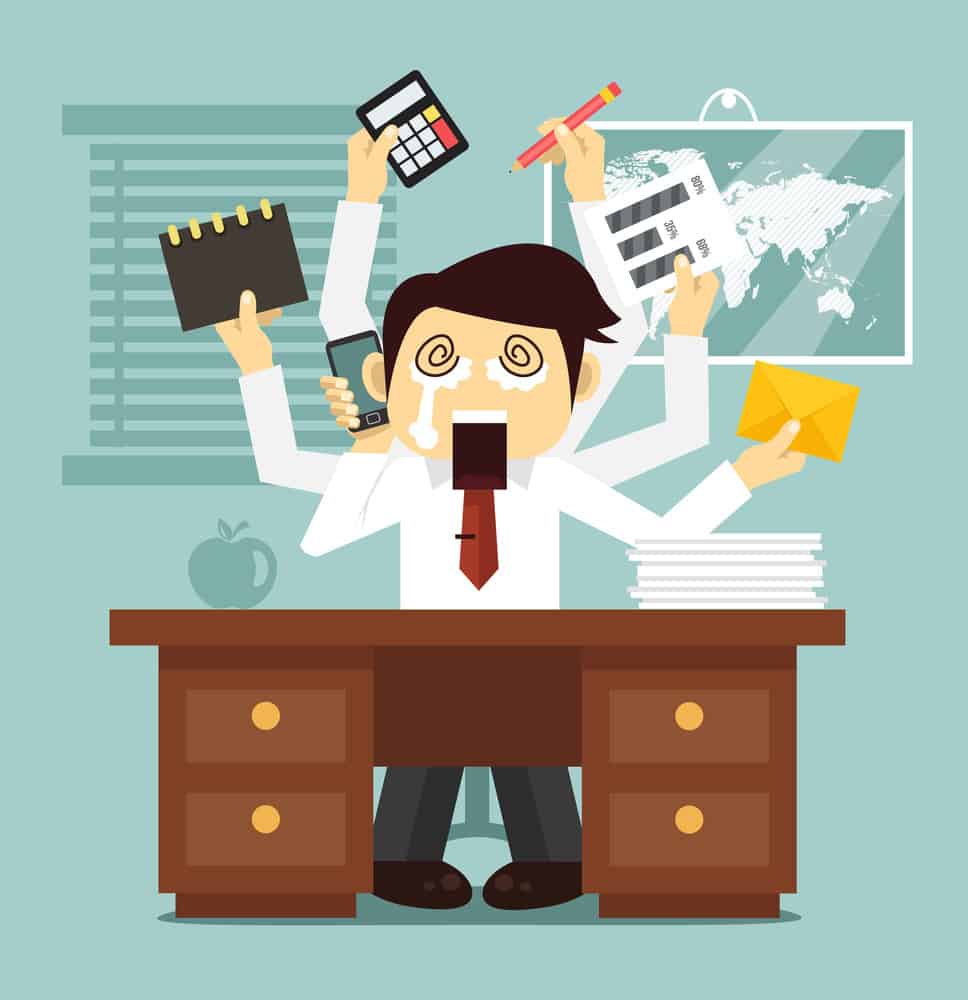 What’s the best link you can get for your site?

The best link to your site is one that drives traffic.

For me it makes sense because I like the traffic and the SEO benefit.

I read that post by Matt in 2017 while I overhauled my biggest site (took many months).

While I didn’t build a bunch of PBNs after reading that article, I did question the utility of many of the social media links I was creating daily.

The fact is most social media links I via posting to social media channels delivered very little traffic.  Here’s a list of all social media sites I posted to daily:

Phew, I get tired just thinking about all that.

For a while I used Dlvr.it which automated much of that, but sometimes the connections would break requiring my time to fix it.  If there’s anything I loathe, it’s fixing broken things.

How much traffic did all that generate?

All those links and social posts drove very little traffic except for Pinterest.  Pinterest drove and still drives mountains of traffic.  Even Facebook traffic was a joke in 2017 (now it’s ridiculously bad).  Pinterest for me is the last social media channel standing.  The rest drive hardly any traffic.

Why on earth was I wasting time posting to those channels?

I did it because that’s what is done.  That’s what other bloggers say to do.  “Be everywhere”.  Reuse and leverage content so you can be everywhere.  Moreover, there’s constant talk of “social signals”.  You need social signals to rank content, or so I thought.  Turns out being everywhere is a waste of time.  Social signals without driving traffic does nothing for SEO.  I’m not entirely sure social media that does drive traffic helps SEO.  I suspect it does, but perhaps the benefit is indirect such as it gets sites to link… I don’t know.  No doubt the debate will rage on.

In theory, reusing and recycling content for all channels sounds good.  In practice it was a waste of time.  The biggest toll was the mental energy it took each day as yet another task to keep the blog machine rolling.

It was insane.  Even if it was only 30 minutes per day, that’s one boring half-hour.  Actually a bit longer with creating YouTube videos (I outsourced much of it, but it still takes time writing descriptions and uploading the videos… not to mention the cost in outsourcing).

It was time to simplify

Toward the end of my major website overhaul in late 2017, I decided it was time to simplify everything.  The key to simplifying was to focus on the two best traffic sources and ignore the rest.

My two best traffic sources were (and are) Google search and Pinterest.  In fact, the rest drive so little traffic it’s laughable.

That meant focusing on the following:

I simplified everything by focusing all operations on those five tasks.  I still do.  That’s all I do for the most part… over and over and over.

In fact, I’ve streamlined it to where I can get daily operations done in 1 to 3 hours.  I often spend more time on the site, but that’s experimenting with new things such as monetization, pin design concepts, content types or just fooling around trying to make things better.  The bread and butter work only takes 1 to 3 hours.

What happened when I stopped posting to all social media networks? 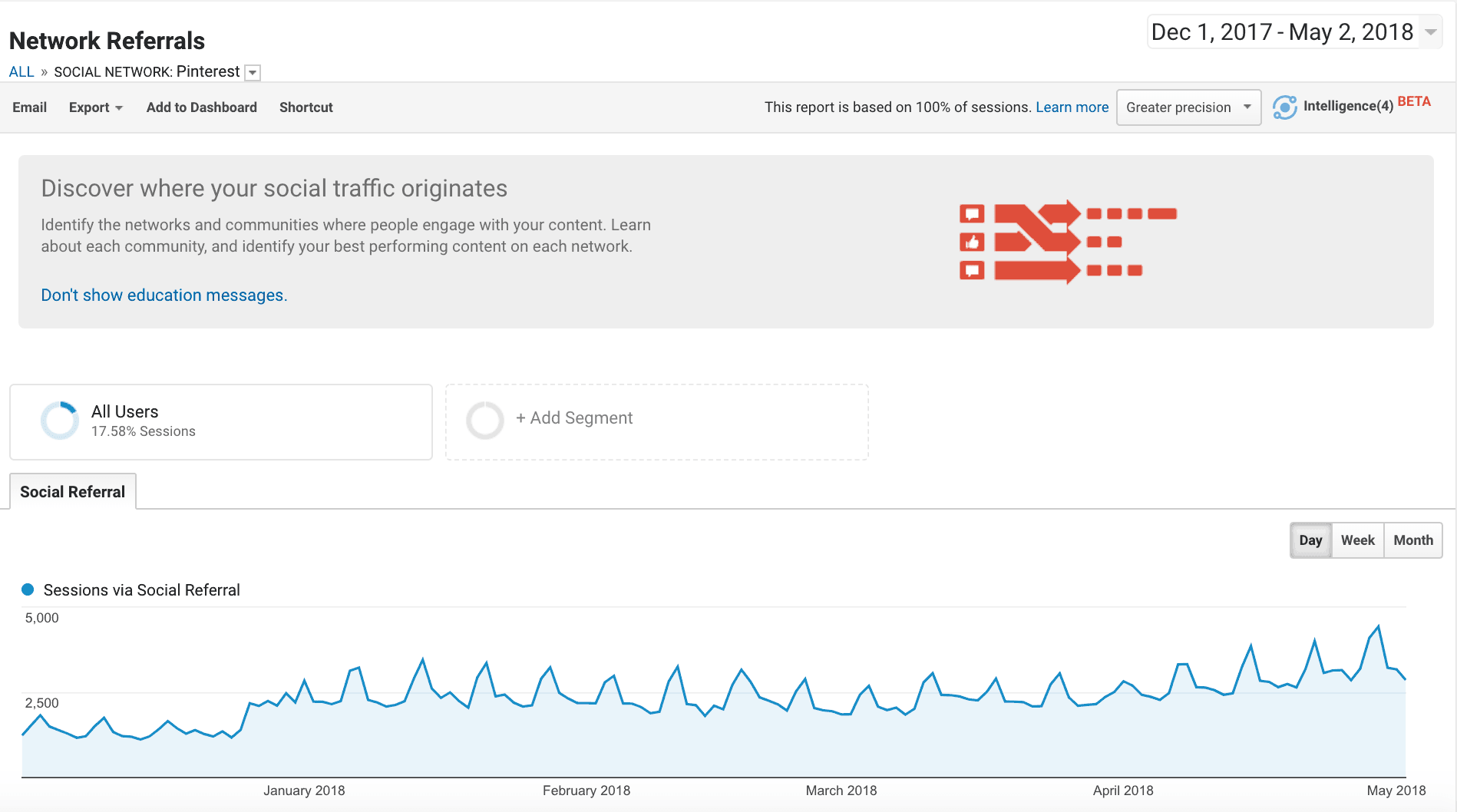 I’m not saying posting to every social channel hurts SEO.  That would be a ridiculous statement.

The point is that stopping posting to every social channel did NOT hurt SEO or Pinterest results.

I now have more time and energy to laser in on the few tasks that drive the most traffic and make the most money.

As an aside, I love the fact my best traffic sources are Google search and Pinterest because they’re the two most long-term, passive traffic sources (other than an engaged email newsletter).

Should you stop posting to every social media channel?

Only stop those that don’t drive traffic.

If Twitter sends you traffic or your business benefits by being there, by all means continue.  Same with YouTube or any other channel.

As an aside, there are business benefits other than traffic such as exposure, building brand recognition and networking.  For example, Instagram, while not a great traffic source for most sites, can be very good for building up brand recognition.  Twitter and LinkedIn can be great for networking.  Facebook can be good for paid traffic.  YouTube can be excellent for lead generation and brand exposure.

The key is to focus on what actually drives the results you seek for your website and/or business.

Don’t blindly do something because someone suggests it’s a good idea.

Do what works for your site.

15 thoughts on “What Happens to SEO if You Stop Posting to Social Media? I Decided to Find Out”