I love that line.  I loved the show Breaking Bad.

And that’s how the title of this blog came to be.

What’s FAT Stacks Blog all about?

The lion’s share of this blog outlines what I do to make money with various niche blogs.  These blogs are in run-of-the-mill niches… not the “make money online” or “internet marketing” niches.

You can see a real-life example of one of my niche sites here.

Fat Stacks is all about launching successful blogs… at least the way that works for me.

fatstacksblog.com also covers topics on being an entrepreneur, running a business, software, technology and pretty much anything having to do with digital entrepreneurship.

Who is this guy that likes Breaking Bad a bit too much?

I’ve been around the block working online for a few years in a number of niches.  I love publishing niche sites.  In 2009 the niche site concept appealed to me instantly.

That’s what I do… I publish informational and entertaining niche sites that generate revenue from ads and product promotion.  It’s the online magazine model and I love it.

This blog shares what I do to build successful, popular and profitable niche sites.

While I make money from Fat Stacks, the lion’s share of my revenue is from other niche sites not related to the “how to make money online” or “entrepreneur-related” niches.

I publish 16 other niche websites, 8 of which I feature in income reports.

What I share on this blog is how to make money in all kinds of niches.  It’s based on my real portfolio of sites.  In other words, Fat Stacks isn’t my only site.

In fact, FAT Stacks is just a side thing.  It’s a fun project.  I think it will make money (it better), but what I teach is based on creating killer magazine style sites in all kinds of niches as well as smaller, high-value niche blogs.

When I like something, I tend to push the limits.  I loved school and ended up stringing together  a few degrees including B.A. (philosophy major) followed by an MBA and then a law degree in Canada.

After finishing my law degree, I practiced law for 6 years in British Columbia, Canada.  I focused on criminal defence and personal injury law (litigation), both of which I enjoyed.

This was when the Web was starting to grow quite fast.  The law firm I was at needed a website (many lawyers were just launching sites at the time).  I was tasked with hiring a web developer to get us online.

I found a very good company who knocked it out of the park. They were progressive at the time with SEO and blogging.  The website they built included a blogging platform, which was novel at the time.  They suggested I write extensive blog posts about the areas of law we practiced.  I started blogging weekly as much as I could (weekends and evenings).  Not only did it start working almost immediately (very little competition at the time), but I loved doing it as well.

I studied SEO and content production to further grow our law firm site.  Within months we were getting a lot of new clients every week.  I built out more websites (one for each practice area), all of which were a huge success.

At that point I built a non-law site which also took off.  That was the beginning of my blogging career.  By that point my law practice was very busy as was my blogging business.  I had to choose one; I chose blogging and never looked back.  Since then, I’ve launched several niche sites and blogs and continue growing them to this day.

A little more about me

My real name is Jon Dykstra.

If I had made up all the anecdotes and stories to date, I‘d be much better off writing fiction.

It’s actually Jonathan but I go by Jon, Sir Jon, My Lord, His eminence or Your Worship.

My goal with my niche sites is to grow all 7 of them so they each earn at least $10,000 per month from display ads and affiliate marketing.  I’m a long way off for several of them, well exceeded that with one and am getting there with others. 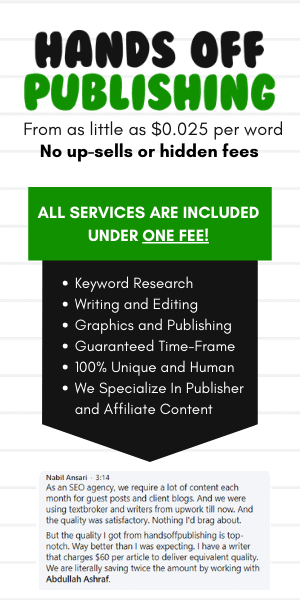 Fat Stacks looks so awesome and loads so fast thanks to GeneratePress theme and Kinsta Hosting. Thanks to Elementor Pro I’m able to easily create amazing landing pages.

Back to Top
Close