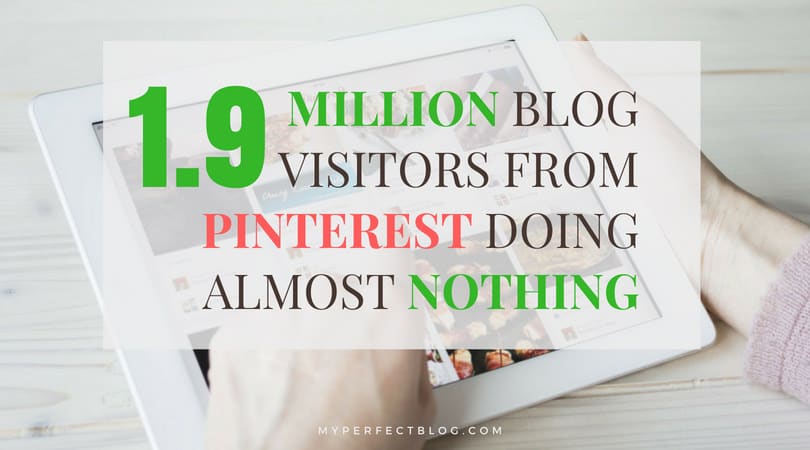 Yet, ironically, Pinterest is now my second biggest traffic driver for my other niche sites.  It drives more traffic than all other sources other than Google search and direct traffic (I’m still amazed at how much direct traffic my sites receive).  While Facebook once upon a time was my 2nd best traffic source, it no longer is (not even close… Pinterest far exceeds it now).

You’d think this site would discuss Pinterest marketing as a traffic source almost as much as I discuss SEO and content.  But I haven’t.  There’s a good reason why.

Why haven’t I talked about Pinterest much over the years?

Because until about 6 months ago (December 2017) I didn’t put in much effort with Pinterest marketing or promotion.  I tossed up pins en masse with Pinterest scheduling software (first Viraltag, now Tailwind) and called it a day.  What little I did was pretty much all wrong.

Here’s what I did:

In fact, I didn’t do any of that myself.  I outsourced it because it was a task that could easily be taught.

What I didn’t do (that Pinterest gurus tell you to do):

In a nutshell, I did nothing what other bloggers suggest you do to succeed with Pinterest. Yet I hauled in thousands of website visitors every day for years (and still do… in fact I haul in even more now… I explain how below).

Despite my meager efforts with Pinterest over the past few years, I’ve received 1.9 million website visitors from Pinterest.  I doubt I’ve put more than 100 hours into that (thanks to VA’s).

Google Analytics Screenshot of Pinterest traffic March 1/14 to May 8/18:

As many readers here know, I use SumoMe’s image sharer which hovers a Pinterest pin button on images.  One reason I love SumoMe is it includes a built-in stats dashboard reporting the number of repins via the Image Sharer.

Frankly, I’m amazed how many repins I get off my site.  This is the ultimate Pinterest plan because it doesn’t require any effort on my part.  Website visitors pin stuff and I enjoy more traffic.

Then it occurred to me one day…

What would happen if I actually put more effort into Pinterest Marketing?

If I could get 2,000 to 2,500 daily visitors doing almost nothing, how much traffic could I get if I tried?

I went to work.

I read up on Pinterest strategies.  I started doing what the gurus tell you to do which includes:

to name a few of the important steps.

What are the results when I actually implemented a Pinterest strategy?

The results are good.  Very good.

While it’s been only 2 months, website traffic from Pinterest is growing at a fast rate.  Repins are growing too, but I mostly care about website traffic.

I still have Image Sharer doing some heavy lifting, but actually being proactive with Pinterest works.

What’s even better, implementing successful Pinterest strategies can easily be outsourced.  You just need a graphic designer who can also write decent descriptions.  There are plenty of people who want that type of job and can do it well. 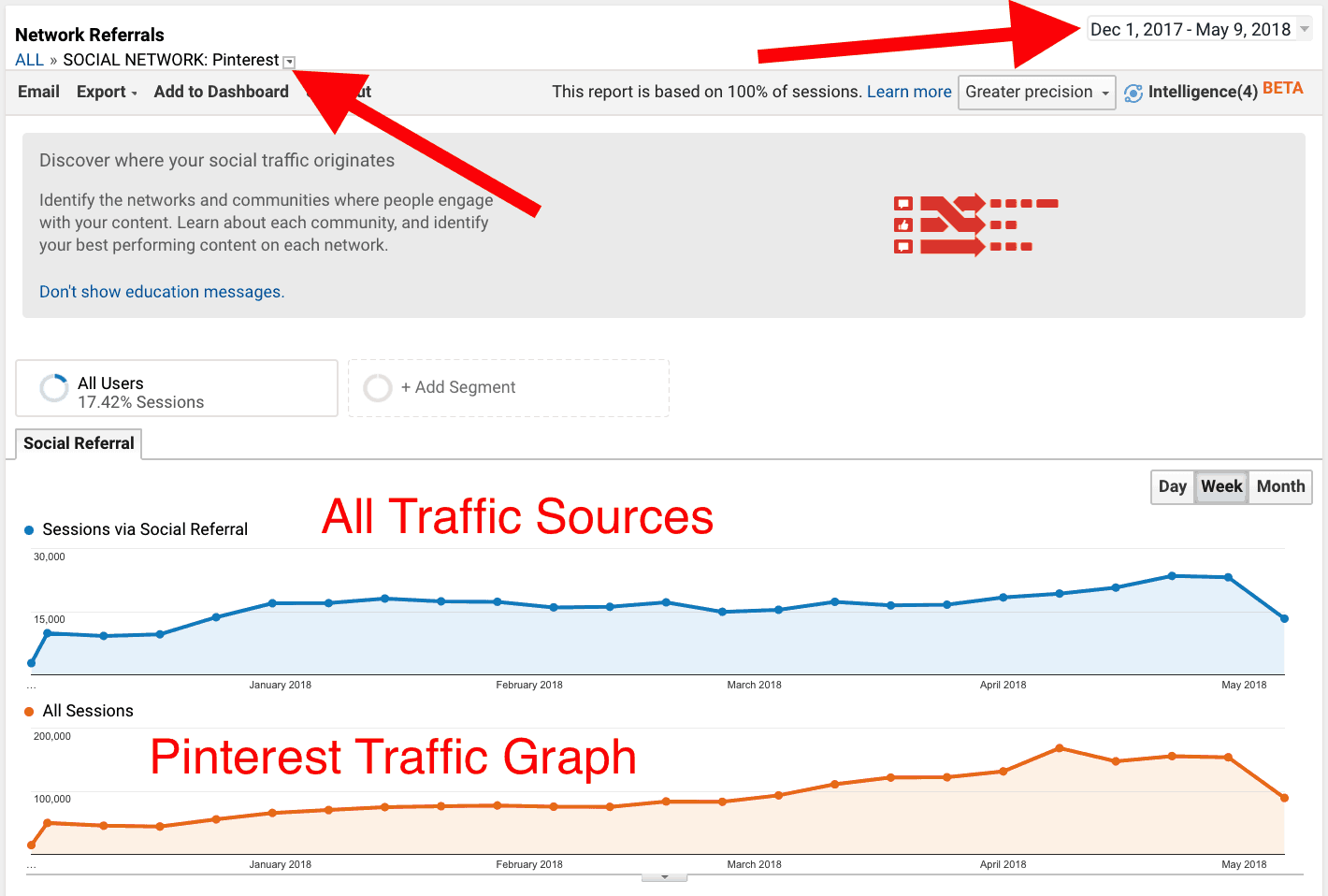 Is it worth it to implement a sound Pinterest strategy?

Yes it is.  Pinterest traffic has legs and can last for months or years.  Not every pin will be a hit.  In fact, most won’t, but if you get a nice stable of peak performers, you can enjoy a great deal of steady, growing traffic without any additional effort.

Not only am I continuing with my Pinterest push, but I’m ramping it up more for my other niche sites as well as this site.  I never used Pinterest for this site, but given the traffic growth in 6 months, I’d be a fool to ignore Pinterest.

12 thoughts on “How I Got 1.9 Million Blog Visitors from Pinterest Doing Almost Nothing”