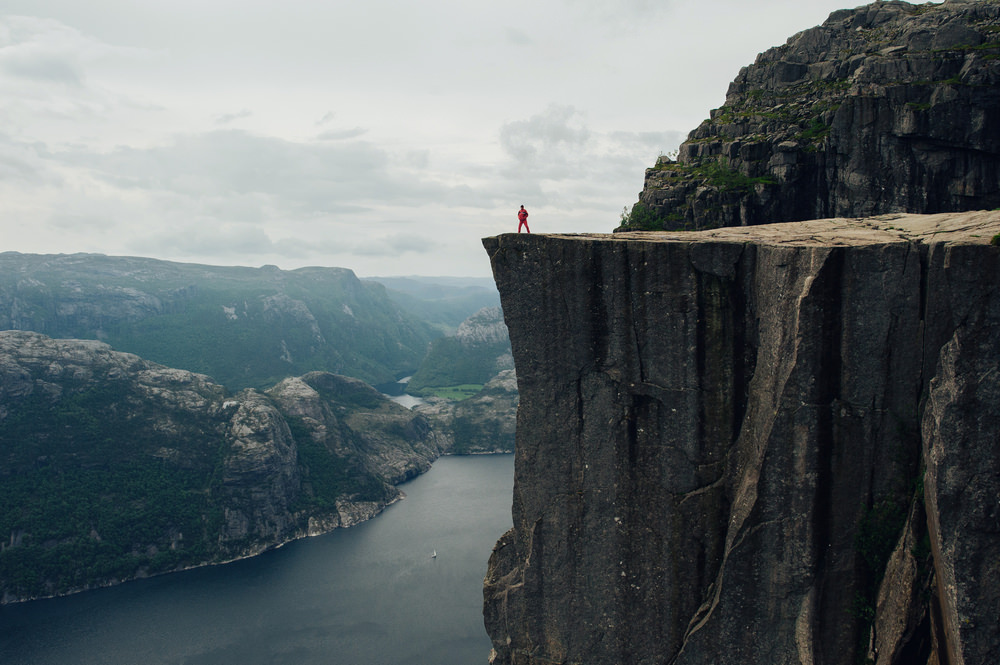 The thing about being on the cusp is you don’t know you’re on the cusp.

The cusp of explosive traffic growth is when your site is just about to start growing exponentially.

Exponential website growth at the 12 to 36 month point is not uncommon if you’re adding great content consistently?

Because it takes a while for Google to start ranking keywords… but once they start hitting, it’s a backlog of keywords primed to rank. All those keywords incubating on your site can strike like a tsunami.

It’s like microwave popcorn. Nothing pops for the first 30 seconds but all of a sudden there’s a popcorn explosion.

You might have had 1,000 keywords sitting in positions 11 to 50 which won’t give you much traffic. Not because the keywords are bad but because you’re not on page one of Google.

The difference in traffic from page 2 to page 1 of Google is monumental; game-changing.

Don’t get too excited though, that growth usually doesn’t continue indefinitely. It moderates in time. But it is exciting.

Also, growth charts can be misleading.

Going from 10 visitors per day to 100 is hockey stick formation.

Going from 1,000 visitors per day to 1,300 per day shows an upward trend but the upward trajectory chart is not nearly as impressive. Yet, your traffic growth is much higher.

Charts and stats are great but you need to look at the absolute numbers.

An SEO case study reporting 1,000% traffic increase sounds great but when it’s 10 to 1,000 visitors per month, I’m not terribly impressed. That’s bound to happen if you publish content.

Back to the cusp and popcorn.

Assuming you do things right (good keyword research and good content and plenty of it), sites will have a breakthrough at some point.

Dozens or hundreds of keywords suddenly pop onto page one of Google… some even hitting position #1.

The thing is nobody ever knows when it’s going to happen. The timeline for every site is different.

There are many variables such as:

It can be a frustrating time waiting to get serious traffic.

I know. I’m working like crazy on a new site. It’s still crickets but I know in 3 to 12 months I’ll be on the cusp where explosive growth is just around the corner.

I have another site that’s been hunkered at the 100,000 to 150,000 monthly traffic range for 12 months. I know I’m on the cusp of another growth spurt but I don’t know when. I’m cramming it with new keywords daily.

I have the advantage in that these newer sites are not my first rodeo.

I know what to expect.

The patience part is still hard though. Every week I check Analytics. No change. “Come on sites… grow grow grow.”

And when they do, all the time and money spent will pay off.

Recently in the forum, a member asked about when she could expect the first growth spurt and grow to $5K/month. She’s at the 6 month mark.

She showed a traffic screenshot. Traffic is on the rise… it’s happening but nothing explosive… yet. She’s published 200 articles in 6 months. That’s an unbelievable effort; Herculean actually.

Other very helpful members posted traffic screenshots spanning a few years. These screenshots highlight the 6 month mark… which in all cases was before their explosive growth.

I chimed in as follows:

You have two things going for you that are far better than positive metrics at this point and they are:

Your metrics are good at this stage. You’re on the cusp… but the cusp could require another 6 months for faster growth so hang in there. It’s working. You just need more time.

Anyone who has published the volume of content you have in that amount of time likes this work and is extremely driven to make it work. That is what will get you to $5K per month and beyond.

I don’t think you could stop if you tried.

I’ve had so many setbacks over the years but stopping wasn’t an option because I like the work and the entire business model.

I’ve taken breaks to retrench and those were good but not once did I contemplate throwing in the towel.

Count yourself fortunate because most people who get into this business don’t like it much… they trod along for a while because they like the idea of it but don’t actually like it.

This forum is filled with folks who have the “blogging bug” and it shows. We’re in the trenches daily. We geek out over stuff most of the world has no idea about. To me, this stuff is as thrilling today as it was when I published my first blog post. I still love clicking “publish” as much today as I did 10 years ago.

Keep doing what you’re doing. You will hit plateaus and even setbacks. We all do at some point.

My biggest niche site is down now about 20% from the latest update. While I don’t like it one bit, it’s temporary. I’ve suffered worse and rebounded in time. I’m a glass half-full guy and instead of obsessing about a loss of traffic, I appreciate that I’m still up somewhere around 40% from a year ago (probably more… haven’t checked… but it’s a lot).

I have another site I’m pouring content into and it’s been in a plateau for 12 months now but I know eventually it will break through and double, then triple and beyond in growth. The content is good. Keywords are good. DR is climbing etc.

Keep at it. You’re going about it the right way. One day when you hit $20K per month you’ll be amused at your once lofty goal of $5K per month.

When I started, the idea of making $2,500 per month doing this was unbelievable to me. I thought that would be an amazing side income.