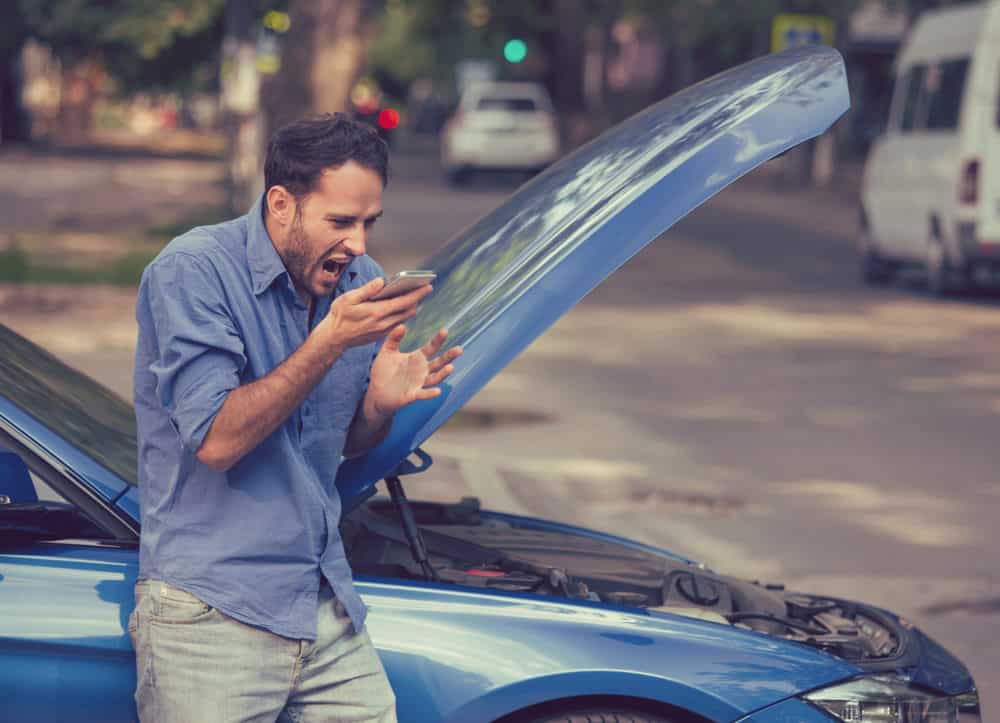 Recently I told you how I came about getting a new car. This was 3.5 years ago.

My car died in the middle of an intersection during rush hour.

I thought I was going to get killed by some speeding truck not seeing me in the intersection.

I didn’t finish the rest of that story when I first referred to this.

I had trucks and cars blasting past me. Horns blaring. Naturally, everyone was ticked off at me.

I had to get my car out of there. I had my hazards on but I still feared some massive truck wouldn’t see my tiny Toyota Echo and obliterate me from behind.

I put it in neutral, slowly opened the door, cranked the steering wheel and pushed.

I pushed that sucker through the intersection.

This was in downtown Vancouver so I had nowhere to push the car other than a bike lane.

I stashed it in the bike lane, happy to still be alive and called a tow truck.

It was minus 10 degree Celsius. I was freezing. The tow truck dispatch said it would be 1.5 hours.

I had to sit tight for 90 minutes in the freezing cold?

They said they were swamped. Cars not working all over the place due to the cold.

Yeah, minus ten is cold for Vancouver, BC.

As I got off the cell phone, a cyclist using the bike lane cursed me out for parking there.

I was pissed off at this point and told him off.

He slowed down and considered getting into it with me but thought better of it and carried on.

As an aside, I love cycling and I’ve biked to my office many times, but some cyclists can be total self-righteous pricks. I’ve come across many. This guy was one of them. It was pretty clear my car broke down.

So I stood, froze and waited.

After 30 minutes I couldn’t take it. I didn’t dress for standing outside for 90 minutes.

I dove into a coffee shop 50 meters away. I figured I’d wait it out there with a warm coffee. I’d be able to watch my car from there.

Of course, there was a line-up. I waited. And waited.

Finally, with coffee in hand, I jump out to check on my car.

And wouldn’t you know it, I got a parking ticket while my back was turned waiting for a coffee.

Talk about insult to injury.

Fast forward – after 2 hours the tow truck came. They towed it to Toyota.

I told Toyota to get it roadworthy. The next day I promptly went out and leased a new car. We sold the Echo once it was fixed.

I know the new owner. It still works great, which I’m happy about.

That’s the ugly saga of how I came into a new car.

Do you know what ticked me off the most?

It wasn’t the parking ticket, the embarrassment of being the jerk who held up traffic during rush hour, the cold, the cost to fix the car, or that I had to shell out for a new car.

It was the two+ hour delay to get to work.

That’s how you know you like what you do.

If I were an employee, I would have loved the delay.

A boss couldn’t say anything. After all, cars break down.

I’d have enjoyed chilling out in a coffee shop for two hours waiting for a tow truck. I would have probably hopped in the tow truck to get my car to the dealership to further delay going to work.

I didn’t do that. I just paid the tow truck to bring it and I called Toyota to expect it. I didn’t need to go along, but if I had a 9 to 5, I would have gone along.

I preferred getting to work and build my business than tag along with some car to the dealership.

I’m glad I put in the upfront effort to get where I’m at.

I worked for free on my biz for years.

Now I make more per hour than most lawyers and my meter is running 24/7/365 thanks to display ads and round-the-clock website traffic.

If you get annoyed when your time to work on this stuff is interrupted, you’re in the right line of work.