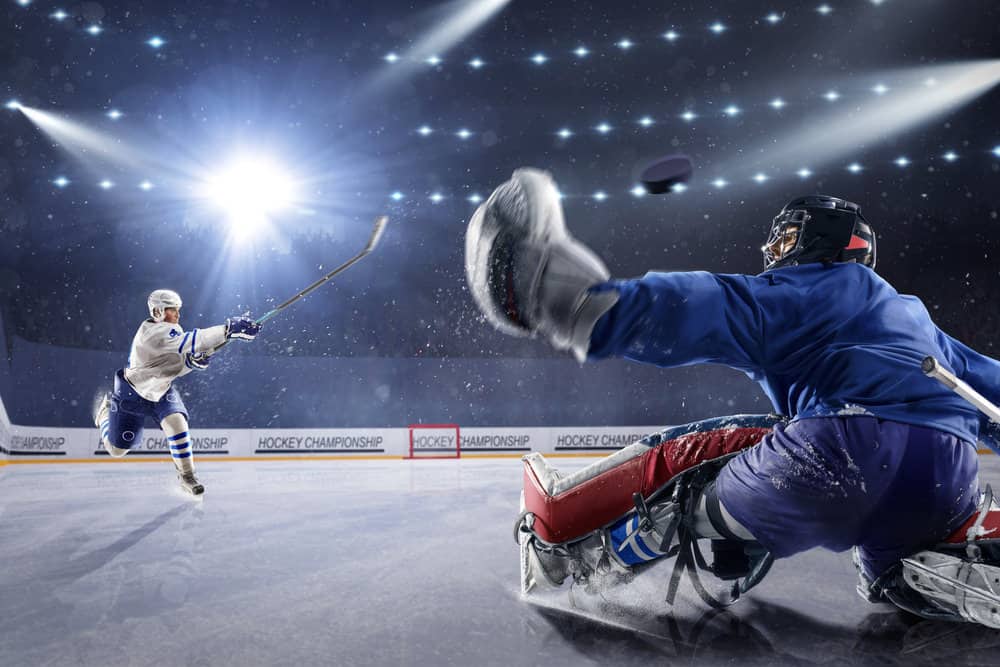 Goal-setting restructures your brain to make it more effective according to this study.

​This Inc.com article (it’s quite good) simplifies that study as follows:

​Big, strong goals can contribute to getting results.

I’m not much of a self-helper, but I can’t argue with the above.

The reason I can’t argue with the above is I do set goals. I don’t write them down or do anything formal. I just have them. I never set out to have a goal. It just happens.

When I discovered online publishing, I knew without a doubt that’s what I wanted to do. I didn’t have to come up with a goal. I knew my goal instantly and that was to build up a thriving online publishing business in one fashion or another.

The details fell into place later.

I was and am maniacal about my goal. I didn’t have to try to follow the goal. It was what I wanted.

The execution evolved, but ultimately I fell into stride and developed systems to get to where I am. Those systems continue to evolve.

While my overarching goal is the same, the scope of it expands yearly.

When I started, my goal was to earn $15,000 per month with an online business.

I’ve since hit that milestone and a few more.

Interestingly over all the years I’ve been online, my goal is singular as in having just one goal.

I never got distracted.

Sometimes I did other work to pay the bills but that was merely a stepping stone.

No. I think they help but nothing is guaranteed.

I’ve had every advantage to make this online publishing business work.

I was born in Canada. I received a top-notch education including graduate degrees. I can write reasonably well due largely to a free education I enjoy writing. Most of my education and former work life revolved around writing. Much of my education was paid for.

When getting started I had a good job that provided for extra money to get started online and I had no dependents at the time.

If those aren’t advantages, I don’t know what are. In that sense, I’m far more fortunate than most.

But like goals-alone, advantages don’t necessarily guarantee results either.

When you combine a big goal with the right tools, it’s a recipe for making it work.

Does this mean if you don’t have the same advantages it won’t work?

Not at all. I know many people who haven’t had the same advantages as me who built thriving online businesses. I tip my hat off to them.

I’m just saying I was fortunate in many ways.

The nice thing about writing is you can learn it. It merely takes practice which means “write a lot.”

My writing compared to 10 years ago is night and day. It’s better today because I’ve written at least 5 million words (plus or minus a million).

My ability to hire writers and provide instructions is far better than it was 3 years ago as a result of paying for thousands of articles.

My creativity with finding good topics is far better today than 2 years ago which is a result of constantly needing to find more article topics.

I understand niche sites better today than 4 years ago because I pay attention to what works and what doesn’t.

I keep at it because I have a big goal. I never have to remind myself what that goal is. It’s just there.

It took years to build what I’ve built.

Others have done it so much faster and so much better.

Julius, at least based on the little I’ve read, was ambitious. He had big goals.

One of his goals was to conquer Gaul (present-day France and Belgium).

Once granted an army, he set out to do just that.

He did conquer Gaul.

He did it against insurmountable odds. He did what other Roman commanders couldn’t do.

History and present-day is littered with folks who had and achieved big goals.

Does that mean if you have a big goal you’ll achieve it?

Sadly, not. I don’t believe that if you fail to achieve a goal it’s because you didn’t have the right mindset or enough focus. Sometimes things don’t work out for no discernable reason. Them’s the breaks.

If you’re reading this, you’re interested in some form of online business.

The question to ask yourself is “what is your main goal in all of this?”

Hopefully, you don’t have to think about it and that it comes to you immediately.

I’m not talking about knowing the step-by-step details.

I’m talking about if you’re guaranteed success in your pursuit, what is the outcome that you build?

For me, it’s an online publishing company.

I have one but it’s small.

I would like 5 sites all earning $50K plus per month all in different niches.

This is the same overarching goal I had 8 years ago which was making a decent living with an online content business.

5 big sites are not the end goal, but it’s the next goal.

My reason for that goal is diversification.

I’d prefer to be equally dependant on multiple sites, aka diversified.

It feeds my ego.

It’s the goal I didn’t have to think about. It’s just there.

6 thoughts on “Goal-Setting for Bloggers and Niche Site Operators”