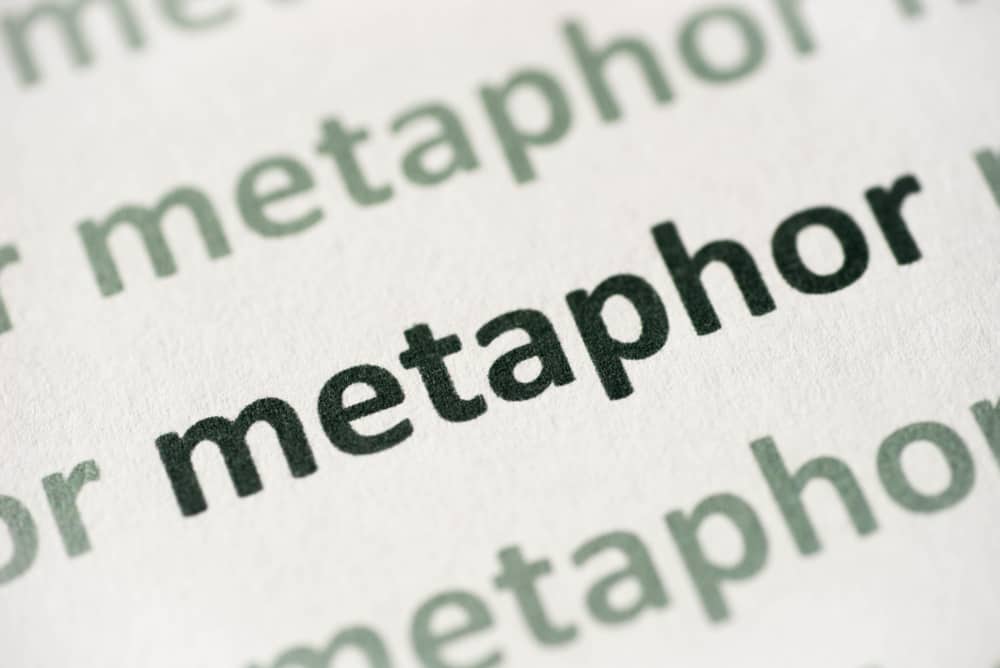 Metaphors are figures of speech often used to connect two unlike things or to denote something from a figurative standpoint. They enhance the quality of your writing regardless if it’s fiction, non-fiction, poetry, or a blog. Metaphors are powerful tools for explaining concepts that might otherwise be difficult for readers to grasp.

They also add color and spice to literature and provide a sneak peak to your psyche. Nowadays, they’re also used as a psychological technique. 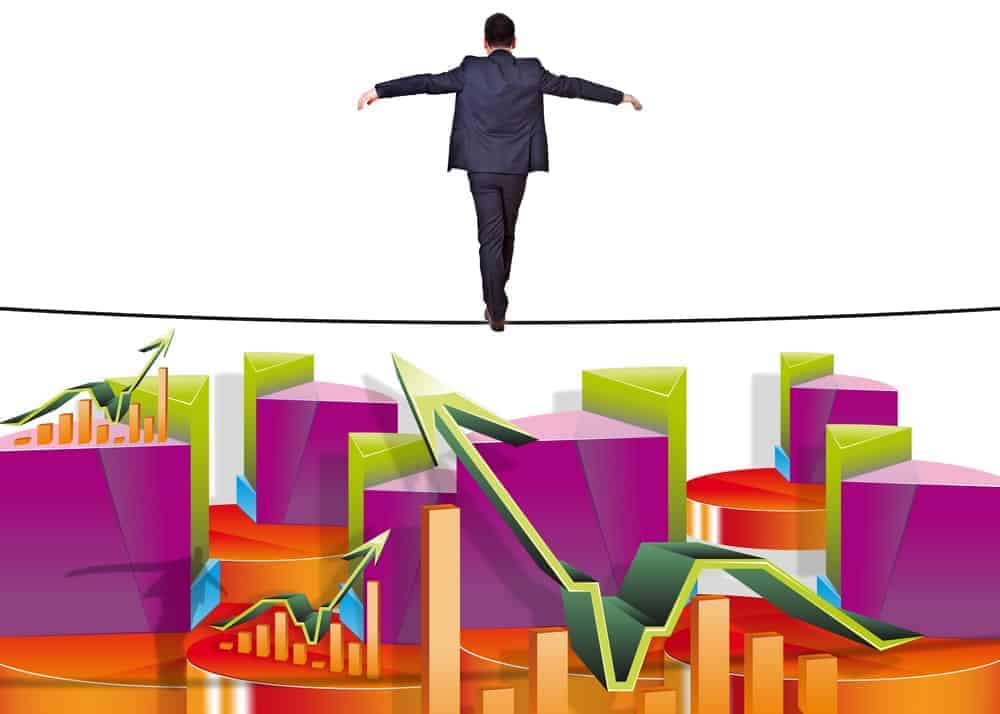 This is a metaphor whereby one of the terms (the tenor) is indistinguishable from the other term (the vehicle). In other words, there is no connection between the main subject and the metaphor itself. When you’re looking at a non-absolute metaphor, you’ll notice that the basic ideas expressed and the metaphor itself resemble one another, at least slightly.

An example would include using the word “tube” to describe a train and the word “box” to indicate a house. On the other hand, an absolute metaphor can actually confuse people, which means that they will then think hard about its meaning. This is a natural reaction that results in learning something in the end.

Also called an anti-metaphor or a paralogical metaphor, the absolute metaphor is good to use when you can’t think of what to say. Therefore, absolute metaphors are a good way to let people know that you are uncertain or confused about a certain topic. In fact, many writers use absolute metaphors in an attempt to confuse their readers because this is what this metaphor does best.

Examples of absolute metaphors include: 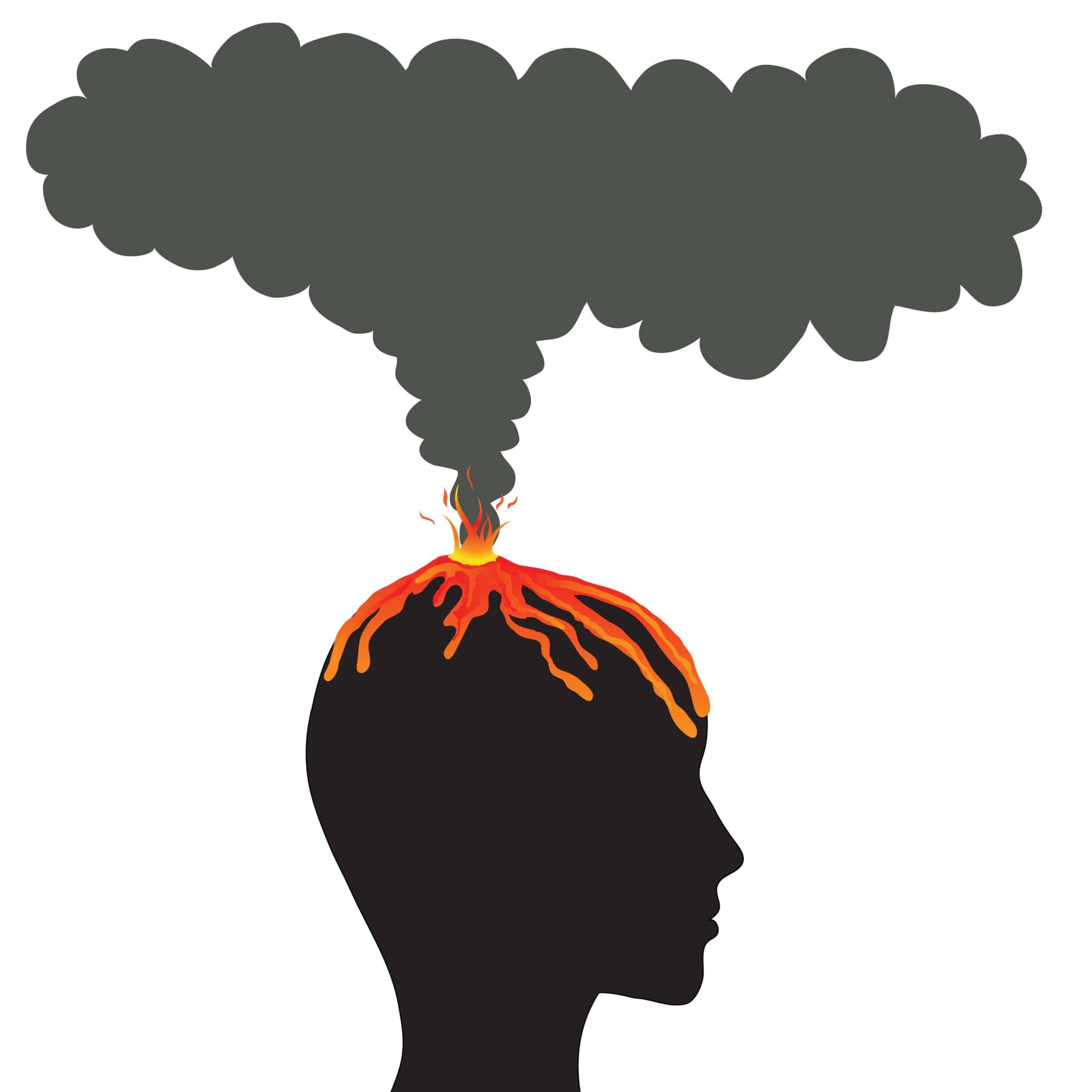 This is a metaphor in which the literal meaning is associated with two or more figurative terms, in other words, a combination of primary metaphors. Complex metaphors identify with another entity by essentially merging with a simple metaphor, whereby part of the metaphor is used to clear up a certain point.

Using the word “light” for understanding is a good example of a complex metaphor, as you can “shine a light” on a certain situation. You can also freeze like a statue or watch a basketball as it gleefully dances into the basket.

Examples of complex metaphors include: 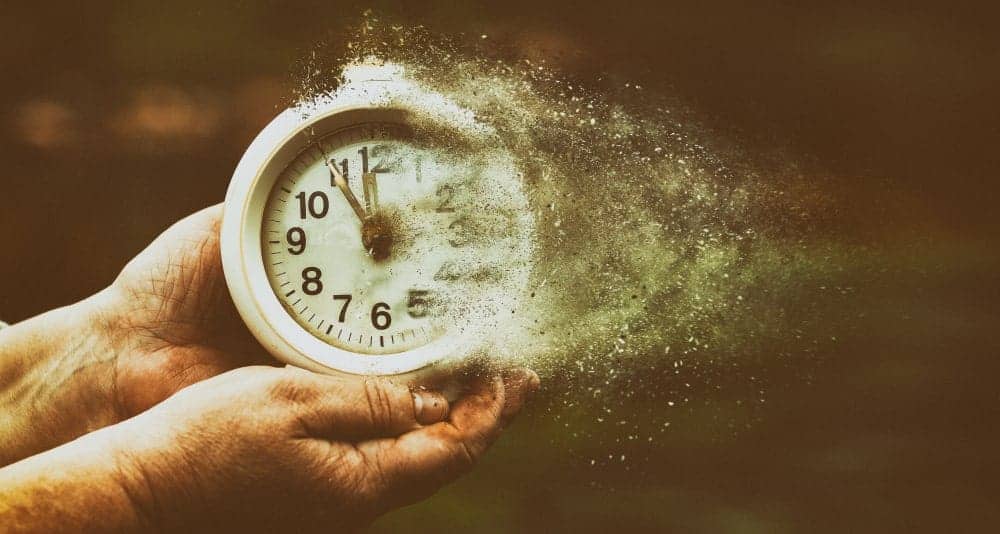 Conceptual metaphors can also be broken down into three overlapping types:

There are two parts to a conceptual metaphor, or two roles that the conceptual domains are involved in: 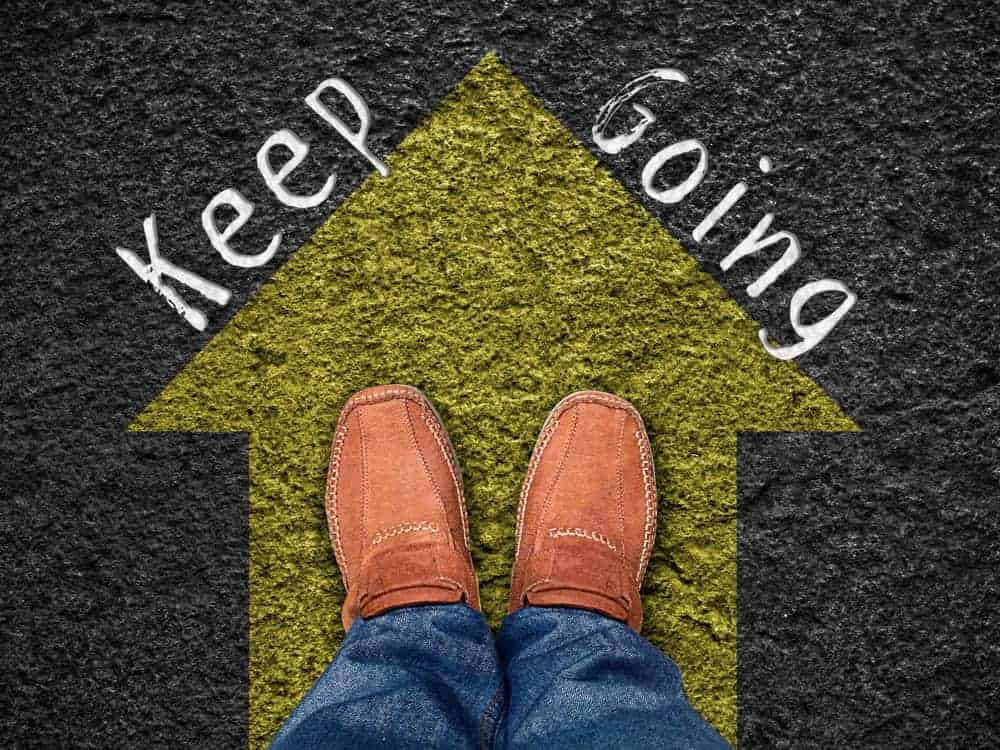 Conventional metaphors include familiar comparisons that do not attract attention as a figure of speech. A conventional metaphor is heard or read in everyday language in a certain culture, and it lends some credibility to that specific culture’s understanding of the statement.

Examples of conventional metaphors include: 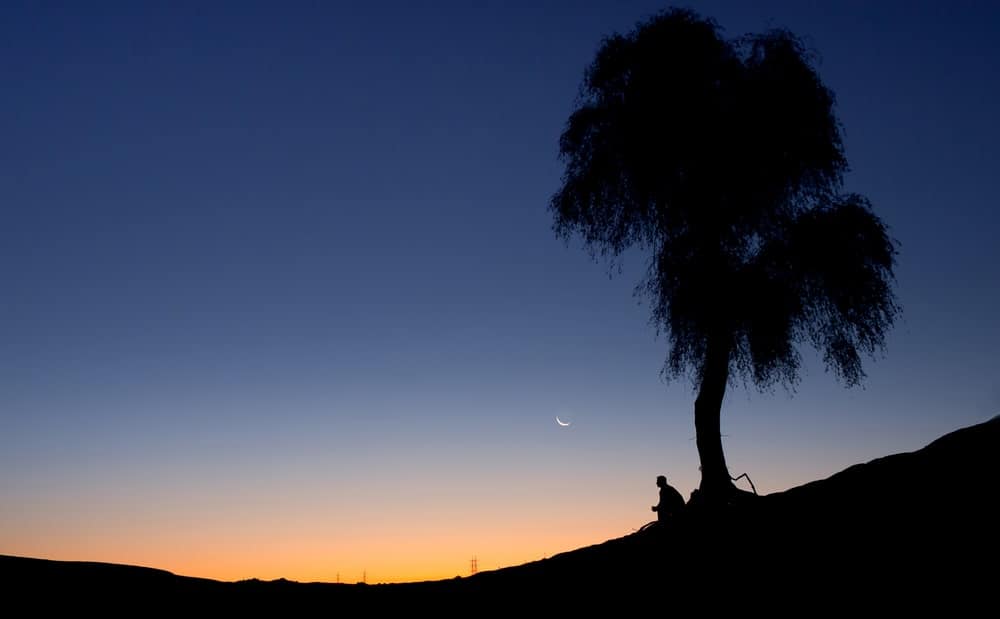 Examples of creative metaphors include: 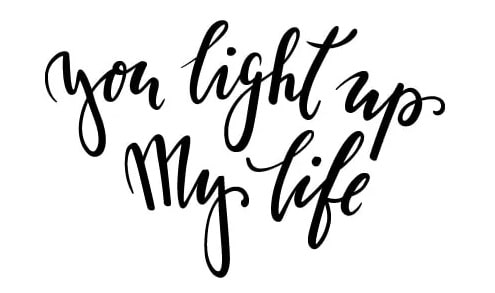 This is a figure of speech that loses its oomph and effectiveness because of frequent use. It has simply lost its force because it has been used so often. Dead metaphors are also called frozen metaphors or historical metaphors.

When a dead metaphor is used, the audience doesn’t necessarily notice that it is a metaphor, and they don’t need to visualize the action described in the metaphor because it is a very simple concept to understand. In fact, dead metaphors are often confused with clichés, and if you use a physical action or activity to demonstrate what you’re talking or writing about, this is the perfect example of a dead metaphor.

Dead metaphors are lost in time because they are no longer effective, and, in fact, they often are not even understood any longer. They no longer function as metaphors but instead are merely words, words that have a basic meaning. Part of this is the result of the “dumbing down” of language, not to mention the way certain meanings to certain words change over time.

Examples of dead metaphors include: 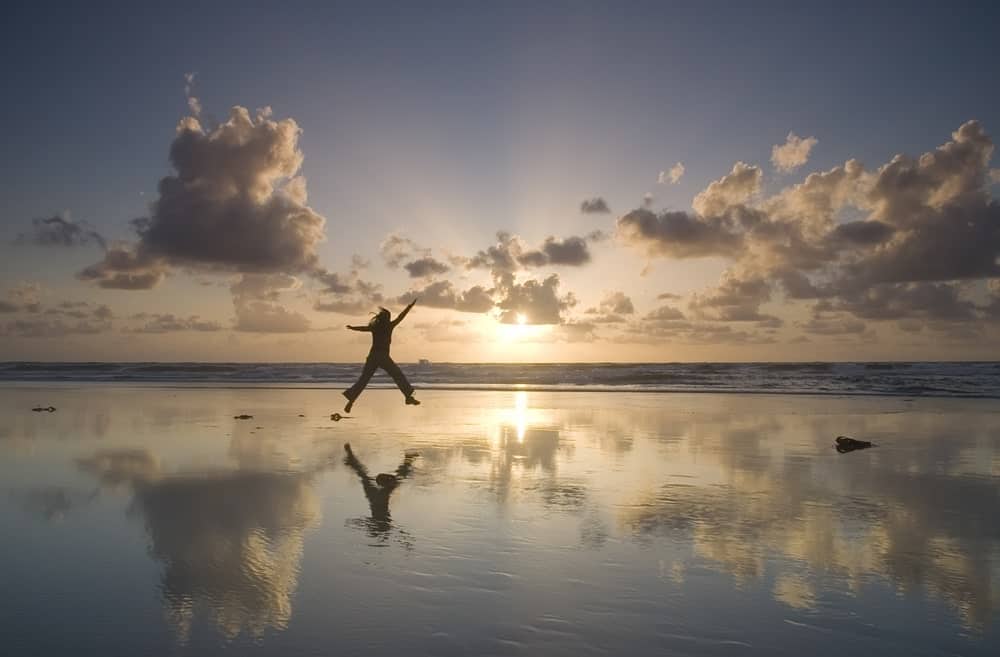 Extended metaphors compare two things that aren’t alike, but which continues throughout numerous sentences in a paragraph. It usually includes more than one sentence and occasionally fills up an entire paragraph. In extended metaphors, there is one main subject and several secondary subjects, which are used for comparing the two subjects.

An extended metaphor can act as the focal point of the statement, and it often shows how much commitment and passion the author has put into it. If an extended metaphor is done the right way, it can drive home the point with little effort. However, if it isn’t done the right way, it can actually confuse the readers or listeners, or even annoy them.

An extended metaphor is often called a “conceit,” and it is thought by some that this is because the writer is showing a certain amount of arrogance in redefining certain terms and making them hard to understand by the audience.

Examples of this type of metaphor include: 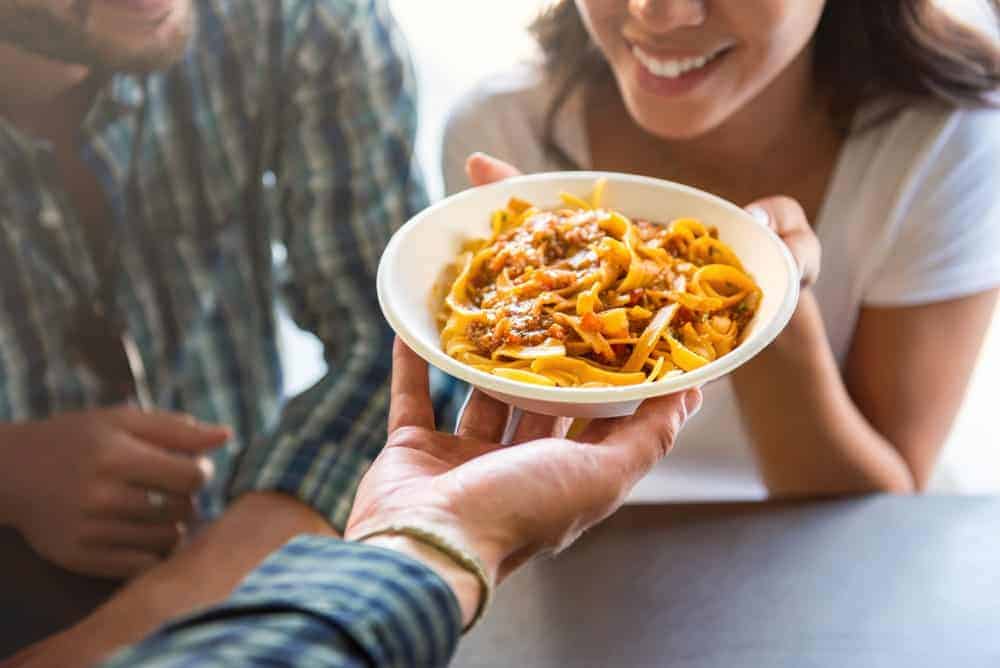 This is the comparison of two things with an implied similarity and not with direct words. In other words, the main point of the text is implied and not stated outright; it is also assumed to be understandable by the reader or listener. Often described as an incomplete description, the implied metaphor is written this way because the subject matter is already well-known, and, therefore, it doesn’t need to be explained in great detail. If you say that someone is “barking commands,” you are implying that person is like a dog. Examples of implied metaphors include: 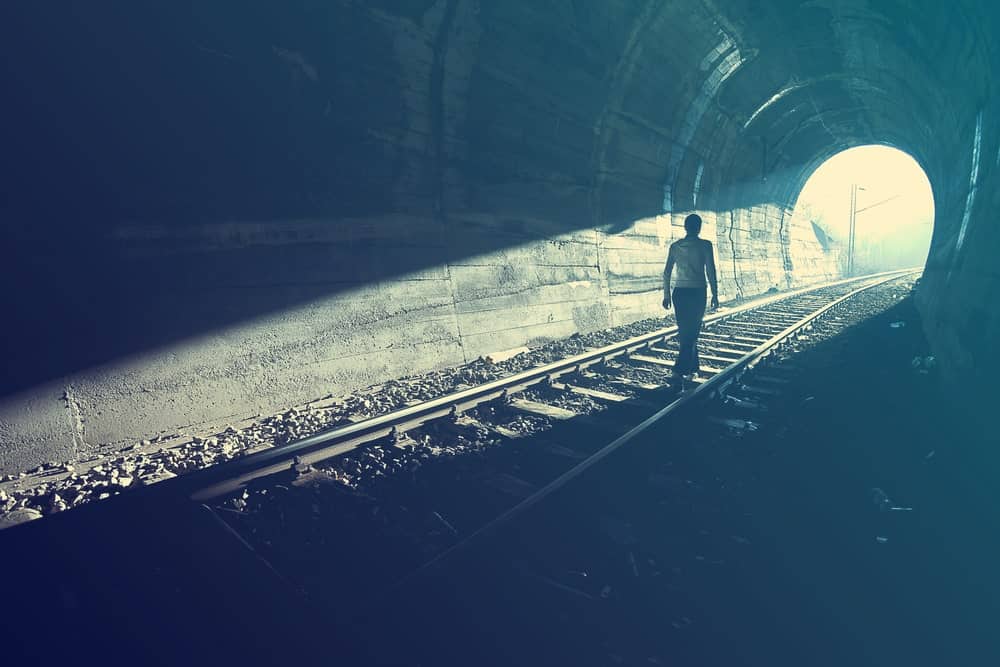 A mixed metaphor is a succession of comparisons which are either ridiculous or incongruous. It is a collection of metaphors that may or may not mix well with one another.

People often use mixed metaphors on purpose, and they may even add a funny point to the metaphors. Mixed metaphors jump from one idea to another, the latter being inconsistent with the first one. Described as mis-matching metaphors, they can seem to make no sense on the surface, and if they do have something in common, it is often either inappropriate or tenuous at best.

Mixed metaphors can result when a writer tries to be overly elaborate or even careless, and the result can actually be humorous. Of course, you can deliberately use humor for a certain effect when you choose to use a mixed metaphor.

Examples of mixed metaphors include: 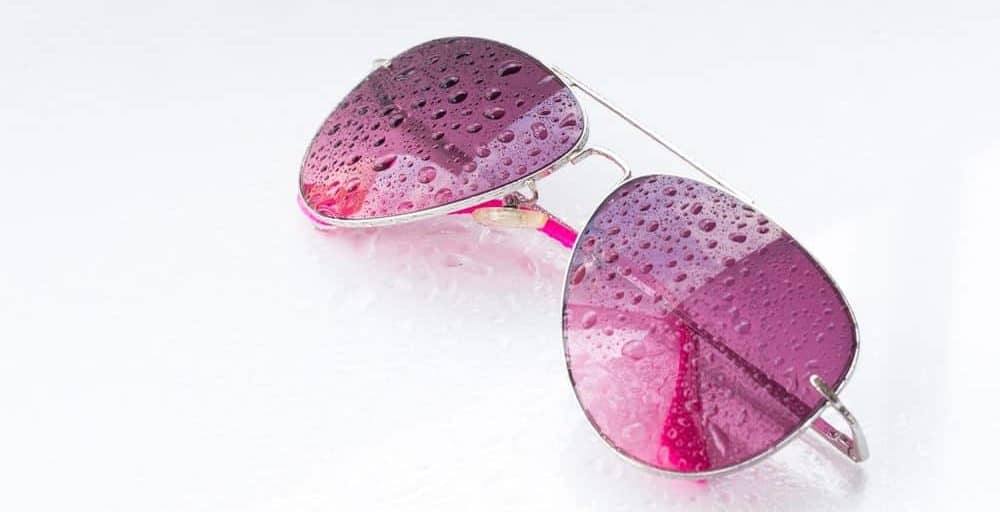 These are extreme metaphors that go to extremes to express a certain statement or idea. They often do this by using extensions of a simple metaphor. In a pataphor, the principle is taken to its very limit, and it can be used as a way to further interest the audience and to make it a little more unique. Of course, you have to have the right balance of uniqueness and interest, because if the two overlap too much, the metaphor can be too vague and even unclear. Examples of pataphors include the following: 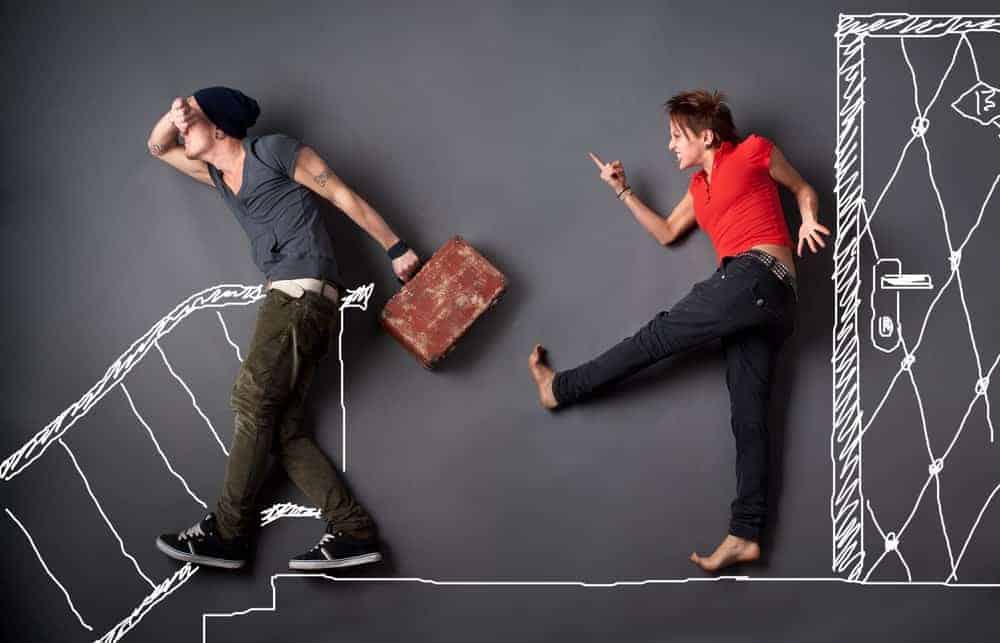 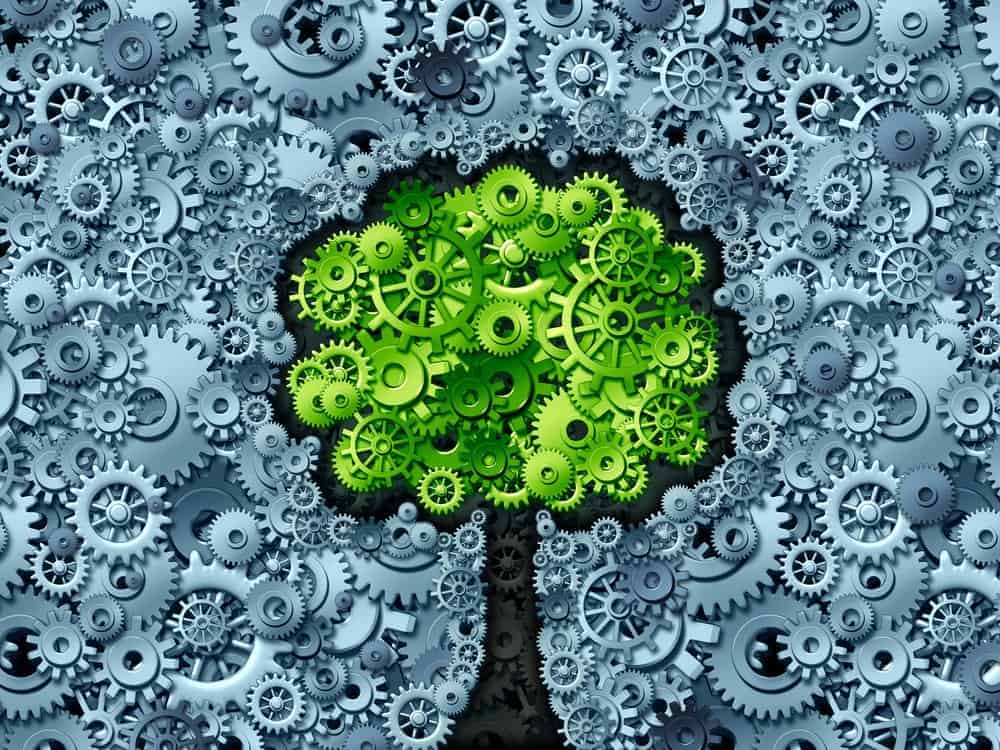 A root metaphor is a fact or narrative that directly affects a person’s view of the world and his or her interpretation of reality. Root metaphors are hidden and are a little on the tricky side. They do not seem to be metaphors on the surface, and they sometimes make it easier to produce other metaphors. 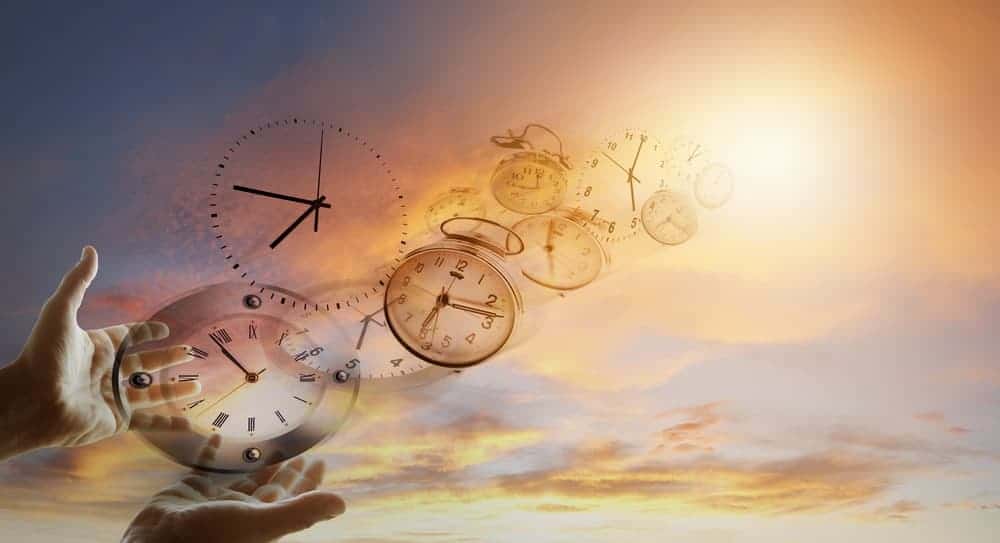 Indeed, one part of the metaphor can be a symbol of the entire metaphor because when people are told about a small part of something, they often think of the whole piece of it automatically. This is partly due to the fact that memories work mostly by association. Hence, the first step is already done because the audience will automatically think of the whole part; in writing the metaphor, you provide the link from the metaphor to the subject. Some submerged metaphors include the following: 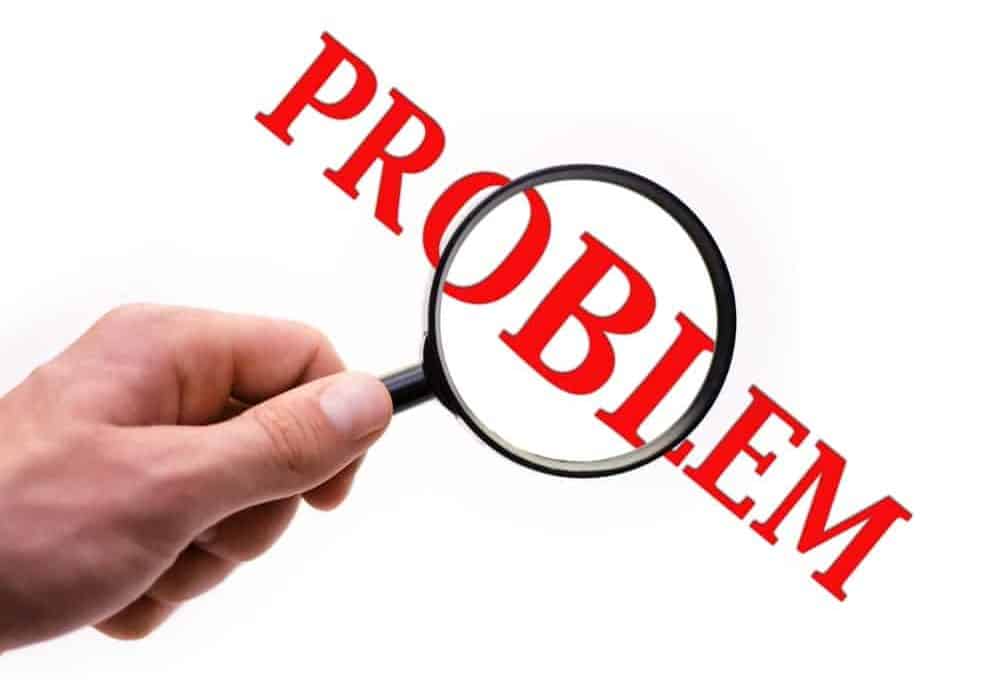 These metaphors are used by therapists to help a client during his or her personal transformation process. Therefore, it is a specialized type of metaphor, and it often involves a story or a way to parallel one situation to another. The purpose of a therapeutic metaphor is to relate one thing to another to make things a little clearer to the patient and to enable that patient to gain some insight into what they need to do in order to get a new outlook on a particular situation. Therapeutic metaphors include the following examples: 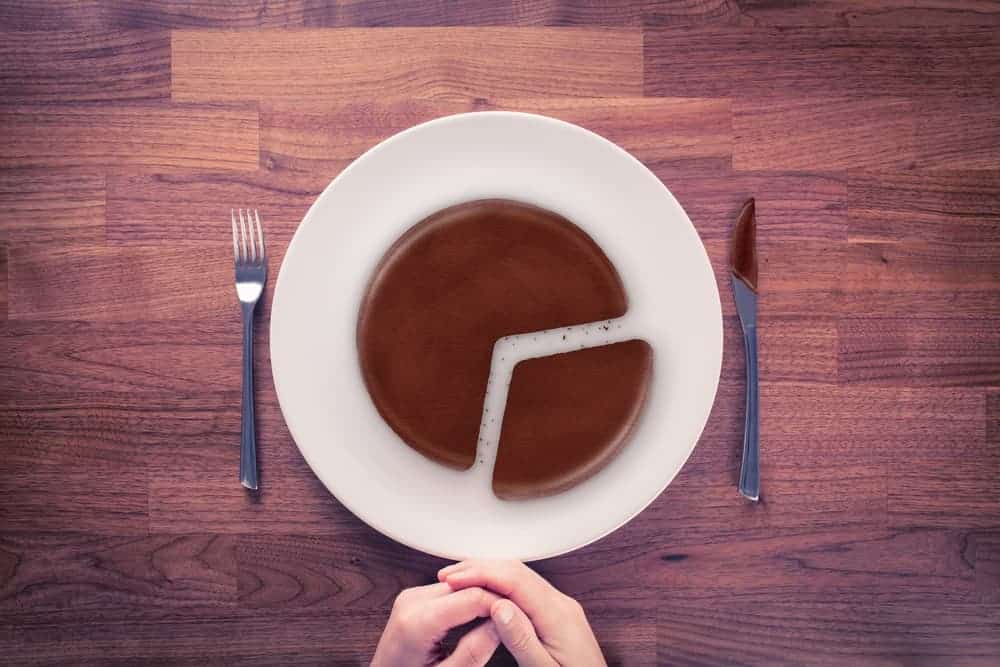 In a visual metaphor, a person, place, or thing is represented through a visual image that suggests a similar point or an association of some type. In some ways, visual metaphors are easier to understand because people can view pictures of two or more objects and put them together.

Many people learn better when presented with visual tools, and a visual metaphor’s pictures help people connect the dots, so to speak, and learn something a lot more quickly than they would if the information had been given to them verbally or in written form.

Visual metaphors include pictures, drawings, and even full-colored photographs, and you can easily find some of them if you look online. They can be funny or serious, but their visual characteristic is what makes them so effective.

The Purpose of Using Metaphors 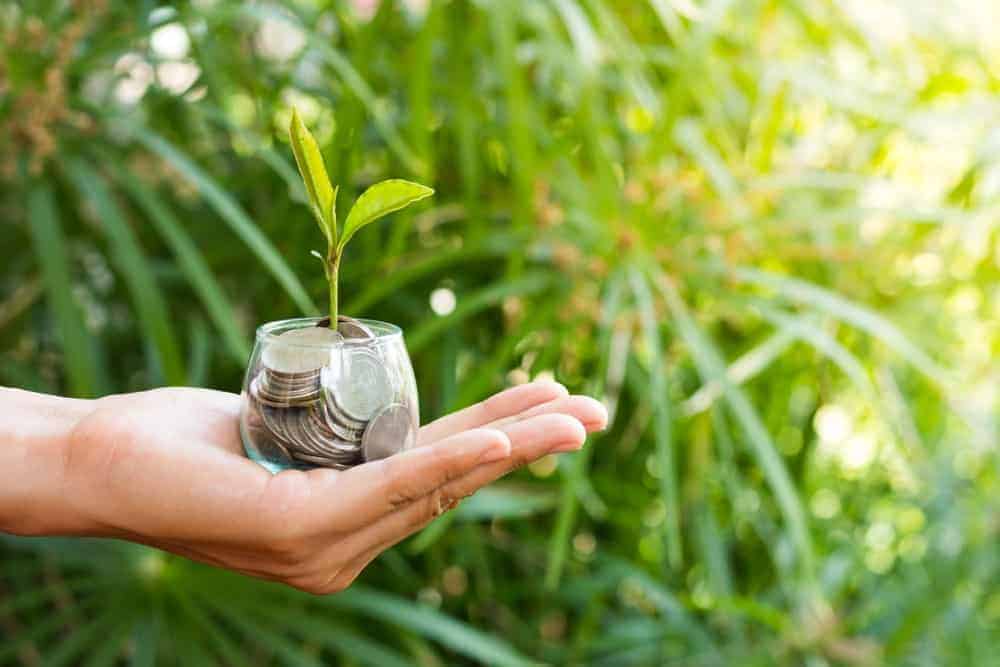 To Create a Specific Image

Metaphors can create a strong image in someone’s mind, not to mention leave an impression that will last. Saying “he was drowning in a sea of grief” creates a much stronger image than simply saying “he was sad.” The latter is somewhat bland and almost non-descriptive, whereas the first description results in a certain image that can create a lasting impression in someone’s mind and gut.

They are Especially Effective When They’re in Written Form

Metaphors can compare something literal with something that is intangible, and when they’re in written form, they are more forceful than making a statement verbally. Metaphors are exaggerations, but when they’re on the written page, they can paint a very vivid image in the reader’s mind. Words are powerful, and nowhere is this truer than when you’re reading a metaphor in a book or magazine.

They Can Help Children Learn to Enjoy the Art of Writing

Metaphors are colorful and interesting, and once you introduce children to them, they can get a real yen for learning how to write. If children are interested in writing poetry, metaphors can be especially effective, because metaphors paint pictures in the reader’s mind, usually very vivid pictures, making them especially useful in this type of writing.

What is the Difference Between a Metaphor and a Simile? 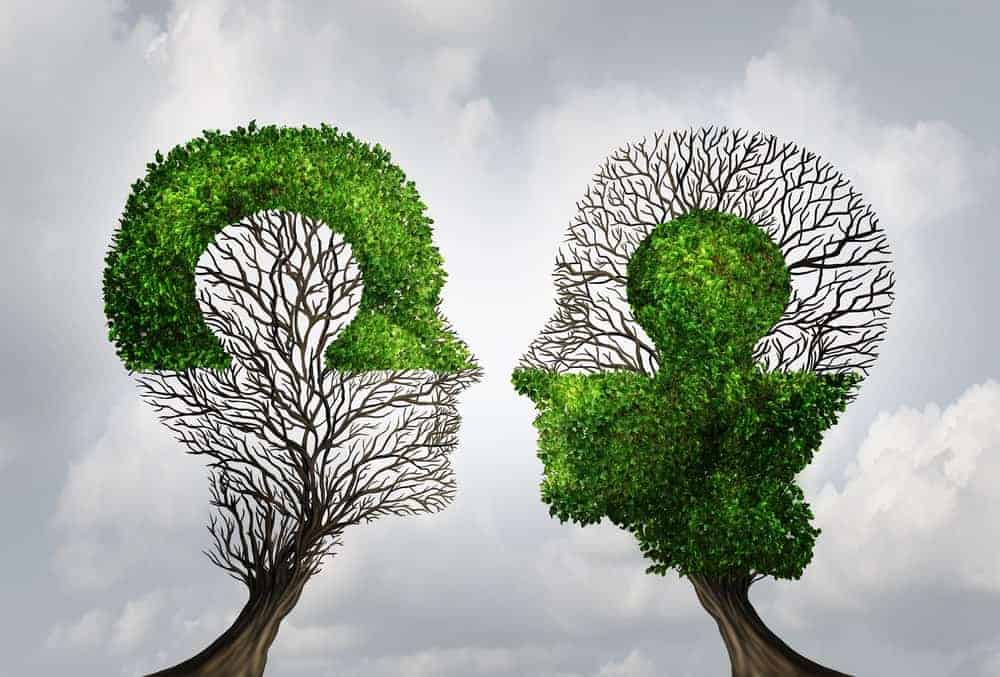 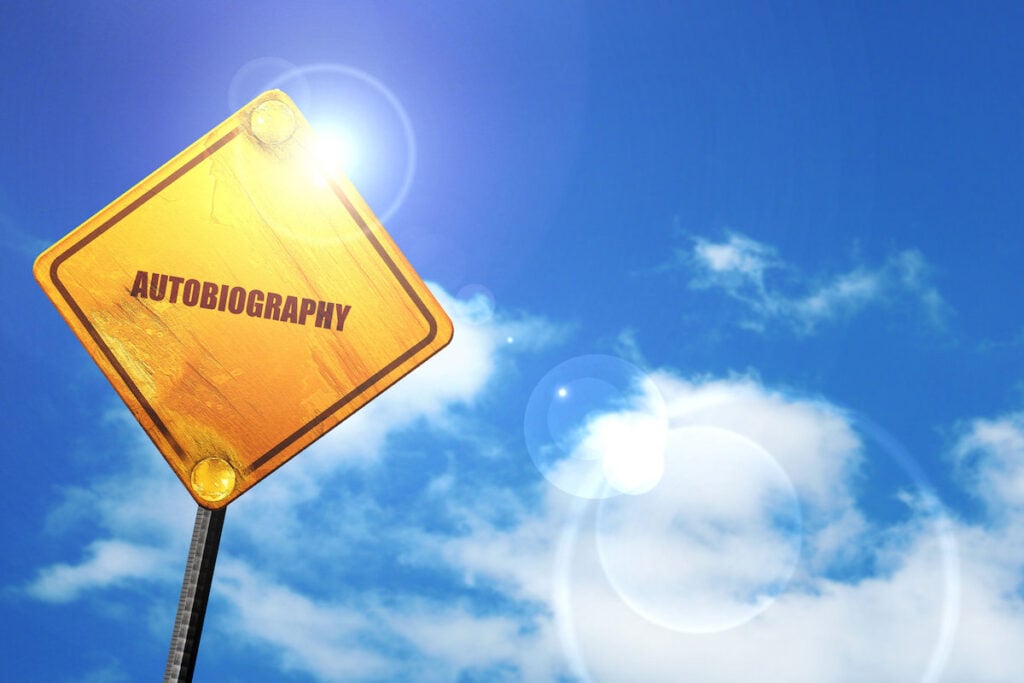 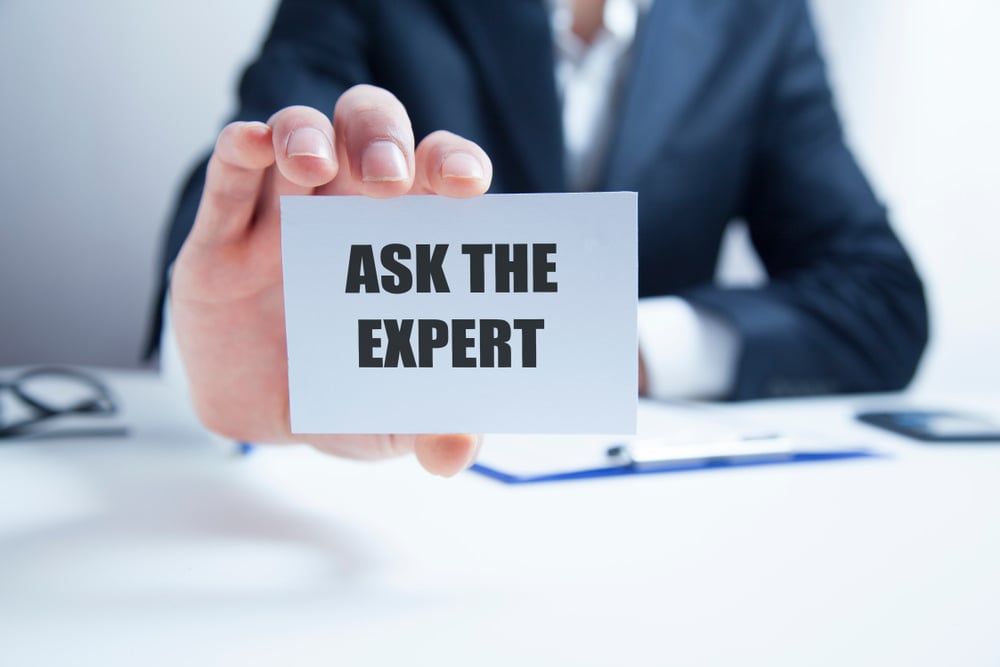 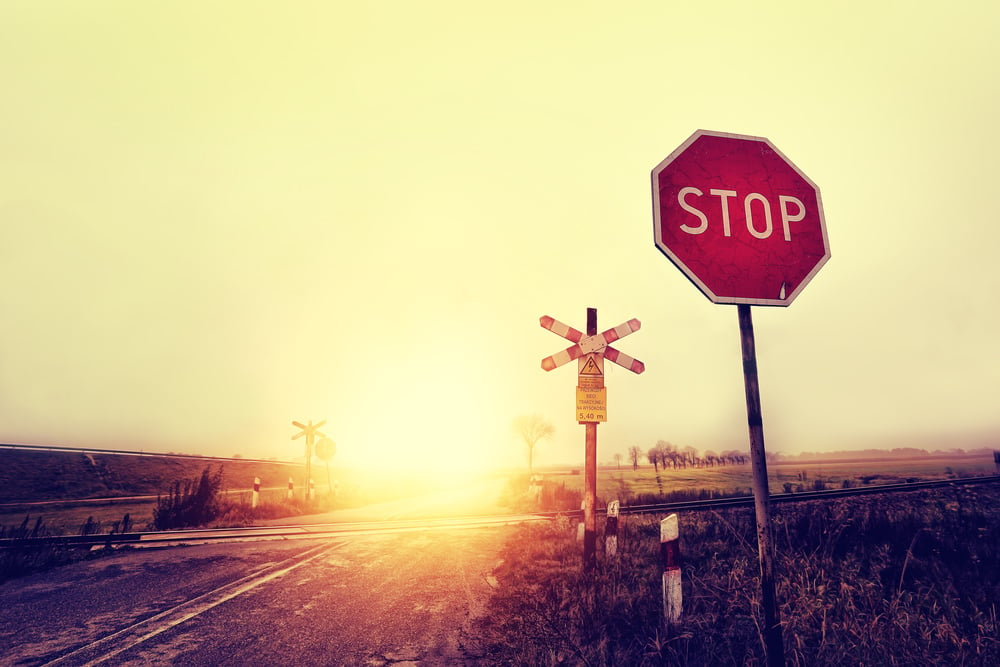