When I grow up I want to write “how to get rid of acne” product reviews.

I bet that wasn’t your childhood dream, was it?

Funny when you think about it, though.

Many-a-folk broke into IM penning such work with high hopes that one day the Internet would do its thing delivering wheelbarrows of cash to the front door while they played video games in their robe eating Fruit Loops.

And so you woke up today having to grind out another 12 hour day on the keyboard hoping to make enough scratch to pay the bills.

What happened to passive riches from the internet?

Tell me about it.

Siri can’t put thoughts to text yet.  Come on Apple… let’s get that going.  I’d rather work horizontal turning brilliant thoughts into articles than bellying up to a desk tapping away

I spent this morning making training videos and reviewing riveting niche content across my niche sites pumped out by writers.

I also had the pleasure to read garbage I paid for on Fiverr.

Shortcuts get you nowhere, but I never learn.

Long time readers know I’m big into B2B blogs.  In an effort to lower my content cost and spare me the tedium of doing it myself, I hired some dude on Fiverr to rewrite an article.  I paid the king’s ransom of $16 USD (quite a lot in Canadian though) for two rewrites of a 1,300 word article.

Before hiring this Hemingway, I checked out other rewriters on Fiverr charging $50 for a 1,000 word rewrite.  Then I spotted this dude offering 1,000 word rewrites for $5.  Saweeet.  I’ll go with the $5 dude.  Click, give instructions, went on a walk in the sunshine musing to myself how smart I was.

Result: Gibberish.  I’m not even going to ask for a revision.  It’s beyond repair.  It’s my own fault.  I should know better.  More money thrown away (more on me losing thousands later in the post).

My dilemma: For $50 I could almost get a new article.  I’m weighing my options right now, which is more work.  At least I can ponder that problem eating a sandwich.

And that brings me to today’s issue:  is passive income possible from the internet?

Let’s face it.  We IM’rs are some of the hardest working folks around.  Some do it 18 hours per day 7 days per week.

Ironic, given many of us were attracted to this gig for the passive income dream.

Here’s my 3-pronged thought process on the subject of internet passive income based on years of experience.

1. Passive income is possible.  I earn it.

2. I wouldn’t mind more money, so I keep working.

Passive income is possible, but it may not keep on truckin’ forever.

If I quit working for one year, I’d still make a decent living.

If I quit for five years, I’d likely have some income by year five, but it would be less.

10 years… too hard to tell but it probably wouldn’t be pretty.

I have 3 sources of passive income:

Recurring software subscription commissions, to be exact.  This is the holy grail of affiliate promotion in my view. Sell once, earn for months or years.

Once bitten, twice smitten by the Google bug.

I got raked over the coals with Google Penguin.  I got up, dusted myself off, and got back into niche sites.  Learned social media, bought lots of traffic, but am still addicted to Google search traffic cause it’s the most passive traffic out there.  It really is and that’s one reason so many are obsessed with SEO.

As long as my ad-supported and affiliate promoting sites get Google traffic, I make money.

I have a few VA’s helping me out and after using I don’t know how many writing services, I have two that are keeping me awash in content.  All this keeps the content and traffic machine more or less running.

I’d be lying if I told you hiring VA’s made it possible to earn 100% passive income.  I gotta keep my eye on things every day.  The more VA’s on board, the more daily reports and content I gotta review.  I ain’t complaining. I’d rather review than do it myself.

Another bit of irony here is while Google, FB and Amazon are my de facto bosses (I jest, but not really), I would have waaaay more money earned by doing absolutely ziltch had I bought shares in those three companies when they went public.

I’ve missed many great investing opportunities.  I’m talking 100 and 200 baggers.  We all have.  Hindsight is 20/20.  The only two stocks I ever bought individually tanked.  One went from $4 to $1 (stemming from accounting fraud followed by shareholder class-action lawsuit) and the other company went broke.  Fortunately it wasn’t a lot of money, but let’s just say it cost me a 4 star two week vacation in Hawaii.  It hurts more when I put it like that.

BUT, the one opportunity I jumped in with two feet is blogging and it’s paid off great.  Scrapes and bumps along the way, but worth it.

Not nearly as passive as investing in 100 bagger after 100 bagger.  But better than losing all my money in the stock market.

2. For fear of running out.

Two very different reasons.  Some days it’s for enjoyment.  Other days I’m motivated by fear of running out.

So while I could take 3 months off I’d have to go on a tighter budget (never fun) and I’d spend three months worrying if my revenue would tank.

Lucky me, I like this stuff.  I like spending time thinking of ways to make my sites better and improving systems.  I like sending email instructions to people (I like this cause it’s better than doing it myself).

Instead of following sports or quilting I enjoy IM.  Of course, quilting is a great niche so I just may get into it some day.

It’s not all fun and games. Site crashes suck.  Plugin conflicts are a real drag (I hate it when I’m told deactivate each plugin until you find the problem).  Writing reviews… if I never wrote another review I’d… well, I’d leave a lot of money on the table.  A real drag to write, but the money is great.

The point is there are a-many good reasons to get into IM.  It’s a good life, but it’s only as good as you enjoy the work.

Is passive income possible for you?

Here’s the best case scenario for a blogging career today

You make a great living doing what you like doing.  I ain’t gonna lie, there will still be bits and pieces of stuff you don’t like doing.  You ain’t a monarch.

If you hate all of it, you should probably find something else to do.  Learn how to invest or something; just do it better than I did. 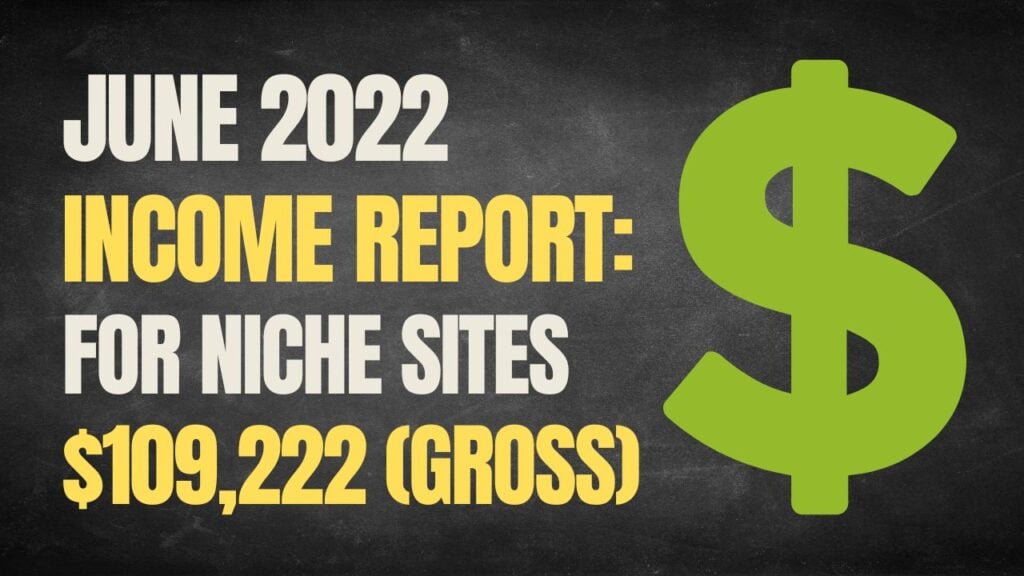 2 thoughts on “Whatever Happened to Passive Income Riches from the Internet?”