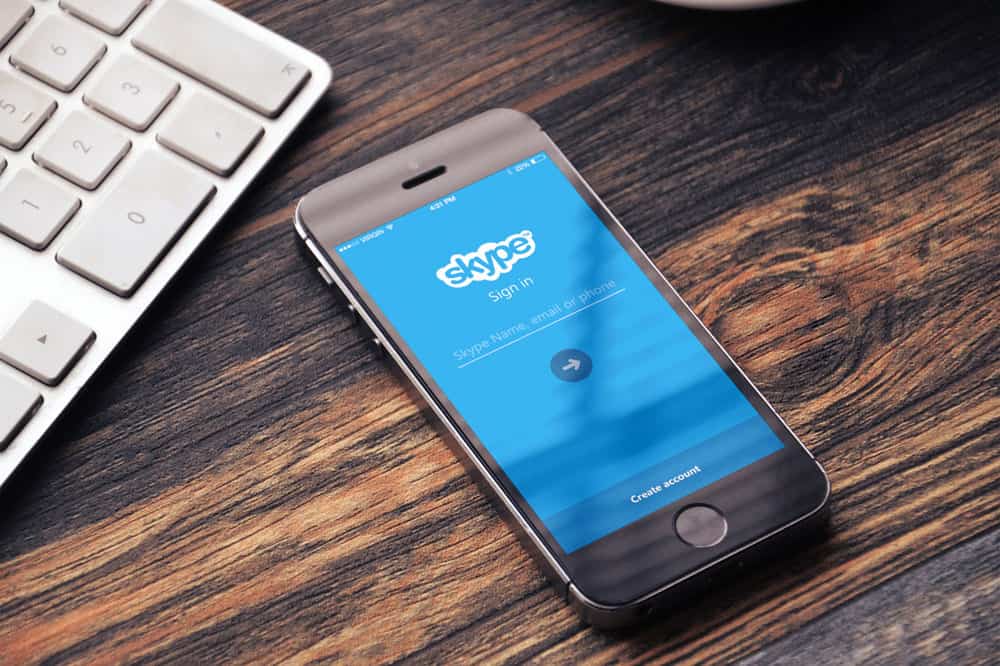 This is an Elite Plus article I ordered from iWriter.  It is 1 of 9 articles I ordered from 3 popular writing services for my iWriter vs. Textbroker vs. WriterAccess case study.

I paid $109 for this article which was absolutely awful primarily because it was plagiarized.  I told iWriter and they refunded me the $109 ($.072 per word or $72 per 1,000 words).  It was so bad I removed it from the blog roll and put this on a page which is noindexed.  At first I thought I’d publish it as-is but decided the plagiarism risk was not worth it (even though I reached out to the source and told them what I was doing and including a source link).

Here’s the Elite Plus article from iWriter.

Skype is a telecommunication software which can help users in performing functions such as video calls, VoIP and video conferencing. There are several Skype alternatives which can be used to perform part or all of the functions performed by Skype.

People use Skype for different purposes. There are those who use the software solely for voice conferencing while others apply it for video calls. It is both a social platform which can be used by friends to chat or by corporates where it can be a great platform to hold voice conferences where crucial company decisions are made. Below is a list of Skype alternatives based on the functions of Skype they can perform:

It is a software which allows you to do unlimited group video calls. The video calls are allowed for free. It was started as a Telehealth app which used to provide medical consultation over the internet to help people who lived in remote areas but users can as well apply it to suit their group calls purposes.

Benefits of using VSee over Skype:

The app allows chat text, VoIP call, and video calling. It also allows for group video chats hence making it easy to video conference. Up to 10 members can participate in a voice conferencing for free.

Benefits of Uberconference over Skype:

It is a popular tool for holding online meetings. A free version allows up to three members in a conference while the paid version can accommodate up to 8 members.

Why WebEx is better than Skype:

It is a video conferencing tool which has several features. It can allow up to 25 members in a video conference. The paid version allows for unlimited meetings in a month. You can enjoy HD video and audio quality upon signing up for the platform. It supports iOS, Mac, Windows PC, and Android devices.

Benefits of GoToMeeting over Skype:

It is the best way to make cheap VoIP calls internationally. Voca has an impressive user interface which simplifies the way you communicate over VoIP. Both you and the receiver have to install the app and you will enjoy affordable VoIP calls across the globe. The app is only available on iOS and Android smartphones. It appears like a normal dialer. You can buy credit and it will let you know the number of minutes you have to make the calls.

Why Voca stands out:

It was developed as a mobile app which was available on all smartphone platforms. Viber allows communication over voice calls and text. It is currently available on Mac and Windows PC. It allows making of free video and voice calls globally. Viber has to be installed on both the caller and the receiver devices for the calls to go through.

Why Viber is a better option:

It is a tool available free of charge for high-quality video chats. Other functions it performs include text messaging and conferencing. Oovoo is compatible with Android, mac, iOS, and PC. Up to 12 members can be included in the video chat.
Some of the great features which make the tool stand out include high-quality video chat, screen sharing, and call recording.

Why is it better than Skype?

It is an app available on iOS, Android, and windows which allows you to make free voice calls as well as text messages. Voxox supports more than 37 languages. The chat allows sharing of fax, videos, and photos. International calls are allowed over landline and the mobile phone networks at lower prices.

Jitsi is an app which allows sending of free text messages, making video calls as well as voice conferencing services. There is also a screen sharing features you can utilize. The open source software is available for Windows PC, Mac, and Linux.

You may be more concerned about making free calls. Skype allows you to make the calls but there are also several Skype alternatives which you can apply to make the free calls. The free calls can be applied in communications between business associates as well as between family and friends.

WhatsApp started as a communication platform which allows sending of video, GIFs, and images. It has several features which allow the sending of messages and video communication functions. It is available on PC, iOS, Windows and Android smartphones.

There are several advantages as well as disadvantages which make it a better alternative to Skype.

Benefits of using WhatsApp over Skype:

Facebook Messenger is easily accessible after you sign up with your Facebook account. It will then need sync of contacts for quick integration. It offers several stickers and emojis which you can use to expresses your feelings. It allows communication over voice and video. If you need to send messages to several people, you can form groups and send the message easily. It offers a wide range of compatibility. GIFs can be sent to multiple groups.

Amazon Chime is a tool for multiple video calling which is supported by a wide range of operating systems. Amazon chime is tailored towards business use rather than individuals.

Talky is an iOS app which can offer excellent video and voice calls at a go. Some of the great features of the app include password-protected chat rooms which ensure the information you share is kept secure. The group chat can support up to 15 people. Easy creation of chat room makes it a great tool for beginners.

IMO is an easy to use interface which is available on both Android and iOS. It is a great app but it lacks the desktop version. Some of the features which make it a great tool you can start using include easy to use interface, high-quality audio and video call, high-level security and unlimited images and files can be sent over the chat.

Source: Beebom.com (Source link added by me because iWriter used way too much content from Beebom so I’m obliged to give the source.  I’ve also asked Beebom if I can keep this article published).