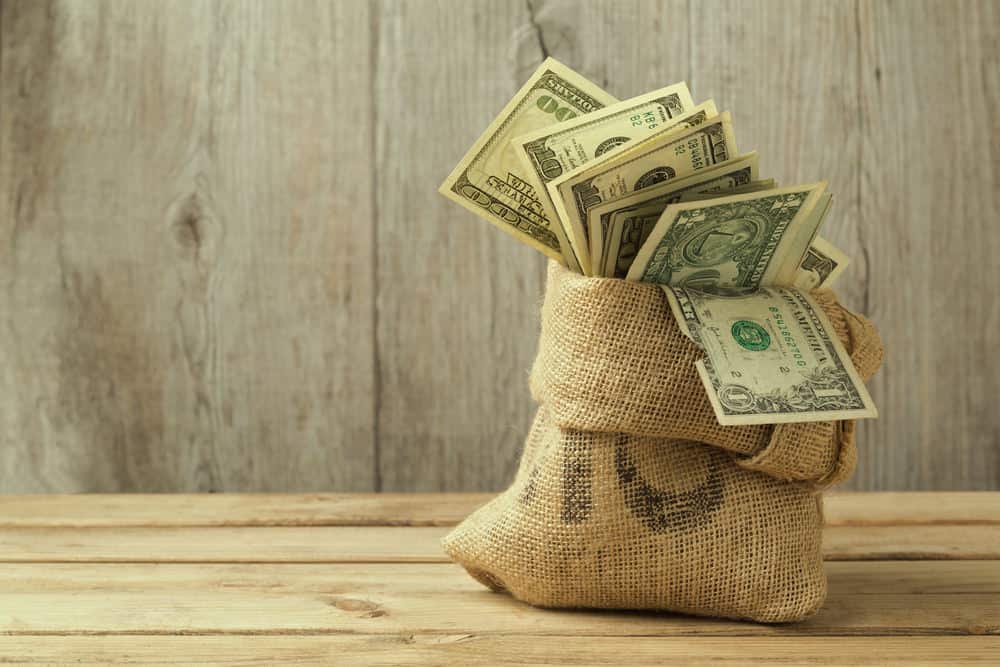 Just because you can doesn’t mean you should.

Just because you can make money doing something doesn’t mean you should.

And no, I’m not talking about robbing banks.

I’m talking about being able to make it legitimately but choosing not to.

I choose to leave money on the table every day.

Most good businesses do.

Here are some examples of how I leave money on the table.

You might be appalled to learn that I don’t drop in affiliate links every time I link to a merchant.

Even Fatstacks has many instances where I don’t bother putting in an affiliate link.

As a result I’ve foregone commissions.

Most people probably think I’m nuts for doing so, but not me.

I do so because my focus is publishing great content that is primarily monetized with display ads.

I have limited energy, time and money.

I can only do so much in a day. Sometimes taking the extra 30 seconds to drop a link simply isn’t worth it.

I choose to focus on pushing out content. If that results in not adding affiliate links because I have a ton of content to get out the door, so be it.

Most of my content is informational instead of promotional so the links don’t convert all that great anyway.

2. I display fewer ads than I could

I also don’t set ads to fire at maximum aggressiveness. I dial it back because I keep visitors in mind. At some point the additional ad revenue does not make up for the exponentially worse user experience.

I send out a good number of emails that promote nothing. This email is one example. This goes against the ABC of marketing which is ALWAYS BE CLOSING.

I could leverage the authority of several niche sites and rank lousy product reviews that could make some money, but I prefer not to. Don’t get me wrong, I do publish product reviews across my sites, but only when I like the product and it’s a good fit for the site.

5. I gave up a large email newsletter for a niche site

I had built up a sizeable number of subscribers for two niche sites that made money, but it wasn’t enough to justify the time it took to manage it. Again, that time and more importantly, energy, is better spent focusing on publishing content.

I’m definitely not unique here. Any site with some traffic gets pitched about selling links daily. Some folks are willing to pay quite a bit. It’s easy and instant money but I don’t do it. Many publishers don’t sell links despite how easy the money is.

The reason for refusing is not lack of time. The profit/time ratio is really high. I’m talking hundreds of dollars for a minute of work.

I don’t bother because it’s risky. The big G is not a fan of sites that sell links. Moreover, the emails offering money for links come in via Gmail so it’s not like there isn’t a footprint. And yes, It’s not beyond the realm of possibility that Google uses Gmail to bust folks going against their Terms of Services. I don’t know for sure, but why take the riks.

Selling sponsored posts is legit. Google is cool with it as long as the proper disclaimer is posted and links have the sponsored attribute.

I don’t bother selling these because it’s hustle work. I’m not in this biz for hustle work.

Hustle work is chasing down deals and revenue.

Brands want to ensure they’re going to get their money’s worth so they ask a million questions about your site, audience, sponsored post terms, etc. You no sooner spend 20 minutes answering the questions that they come back with another 50.

Yeah, I’ve chased down and sold sponsored posts. Made a few bucks too but the whole thing was one big hassle.

One time I had a brand pitch me offering good money to publish a sponsored post on my site. I naively thought I could wrap it up with one email since they sought me out.

I sent them the details of my site along with price and payment details. They replied with a laundry list of questions.

I replied the sponsored post was no longer available. I couldn’t go down the back and forth rabbit hole again.

My reason for not doing it again boils down to an aversion of hustle work. Telephone calls, meetings, emails, customer service – I’m not wild about any of it. It’s why I do what I do.

9. I don’t translate all my content into multiple languages

Sometimes when I get bored I ponder to myself that I could get a lot more traffic if I hired folks to translate all the millions of words of content into a variety of other languages. No doubt the traffic would come, but then I come to my senses.

The cost and scope of such a job would sap my energy that is better spent elsewhere because at the end of the day, the ad revenue would be a pittance. I’m not saying it wouldn’t be profitable in the long run, but it’s not a task I relish.

Anything that veers from my main business model, I don’t pursue even if it means leaving money on the table.

I’ve fallen for the lure of “easy” money in the past but I’ve learned it doesn’t pay. Sticking to the game plan pays and the game plan is publishing as much great content as I can.

Whatever your game plan is, stick to it.